Who doesn’t love grilling on the boat? Our latest recipe brings out the best of the Bay and creates a meal that’s simple and stunning. 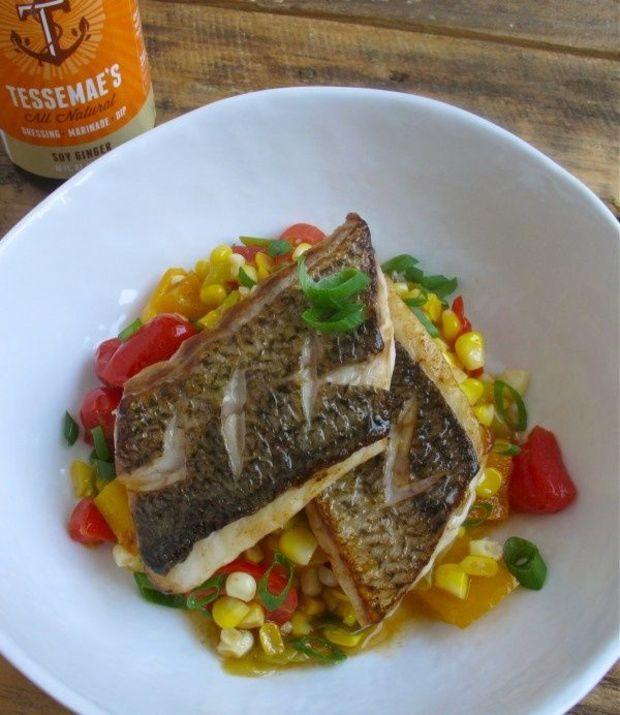 What you need 4 ears corn, shucked 2 orange bell peppers, cut into 1 inch pieces 1 pint grape tomatoes, halved 2 garlic cloves, thinly sliced 1 bunch scallions, thinly sliced 3/4 cup Tessemae’s Soy Ginger Dressing (or similar marinade) 8 rockfish fillets (about 3 ounces each) What to do Heat your grill to medium high. Stand the corn on end and scrape off the kernels using a sharp knife. Prepare the rockfish by lightly scoring the skin with a chef’s knife. (This will prevent it from curling up when it sears.) Place on plate with a layer of paper towel on bottom and on top to absorb excess moisture. 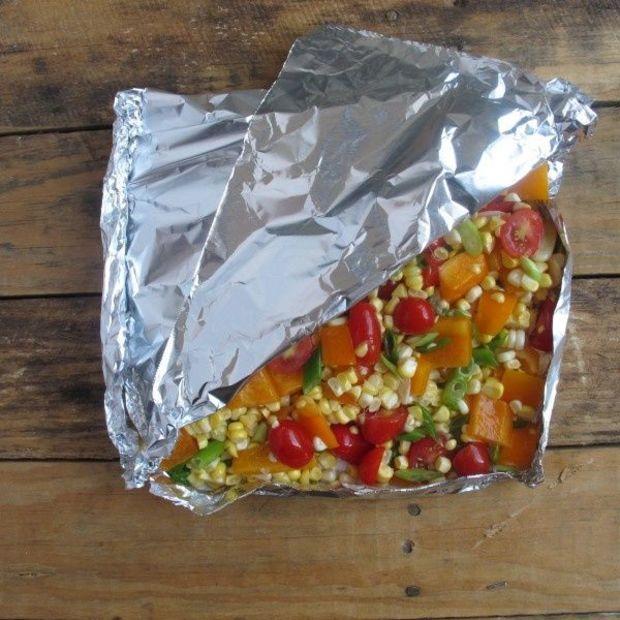 In a mixing bowl, toss together the corn, bell peppers, grape tomatoes, garlic, scallions, and 1/2 cup Soy Ginger. Reserve some of the scallion greens for garnish. Tear two large pieces of aluminum foil and lay flat. Divide the corn mixture between the two sheets of foil, keeping it just on one half. Fold the empty half of the foil over the corn and crimp the edges to form flat packets that will fit on the grill. Use two spatulas to transfer the succotash packets to the grill. Cook, without opening, for six minutes. Peek and see if the tomatoes look tender. Remove the packets from the grill, or cook a few more minutes until the tomatoes are soft. Set the packets aside. Heat two tablespoons Soy Ginger a large nonstick skillet over medium high until sizzling. Season the rockfish with salt and pepper. Add the fish and sear, skin side down, until browned, about two minutes. Turn over and cook until just cooked through, about three minutes more. Serve the rockfish over the succotash. Drizzle everything with and plenty more Soy Ginger and garnish with the reserved scallions. Serves four. Notes The size of striper bass fillets will vary depending on the size of the fish. We had a medium striper so cut thin three-ounce fillets. You can also use four thick, six-ounce fillets and increase the cooking time. The succotash gets tender and juicy on the grill, but we also tested it as a raw salad. It was delicious! Serve it this way if you like, just omit the raw garlic. by Kristen Dittami