Know the Difference and Avoid Both Several years ago, while working with a boat builder to help identify and correct a problem design, one in which a new vessel’s generator repeatedly flooded with seawater, I was reminded of how easy it is to confuse flooding and siphoning, along with the different techniques used to prevent each phenomenon. In this case, nearly every time the vessel got underway, the genset would flood with water regardless of whether it was used or not. I contacted the builder for guidance, as the repairs were covered under warranty, and was told that a fix was on the way. I’d be receiving a part shortly. A few days later, the part duly arrived. I’d already formulated a theory regarding the cause of the problem and a solution and was anxious to see what had been sent. 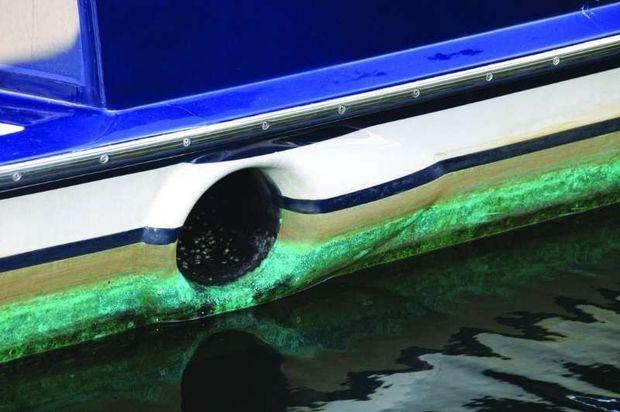 When I opened the box, I was disappointed to find a common anti-siphon valve, the sort used on engine raw-water-supplied bilge pumps and toilets. The instructions specified that it was to be installed in the raw-water supply between the genset’s water pump and exhaust elbow. I was puzzled because the genset already had an anti-siphon valve (albeit different than the replacement I held in my hand); it was properly installed two feet above the heeled waterline. The reason I was certain this would not fix the problem is straightforward enough: in order for water to flood the exhaust via a siphon, the genset would have had to run, thereby beginning the flow of water that’s necessary for a siphon to be established. In spite of my protestations, the manufacturer insisted I install the anti-siphon valve. I did so and then sea trialed the vessel. Before getting underway, I disconnected the exhaust hose from the genset’s exhaust elbow. I positioned it adjacent to the genset at the same height as the elbow and instructed the helmsman to get underway, telling him to be sure to progress slowly through the acceleration process until he reached wide open throttle. It didn’t take long for the problem to manifest itself; a few minutes after getting underway, water began to gush from the hose, occurring at the transition point between displacement and planing speed, just as the vessel was beginning to get over what’s known as the “hump.” 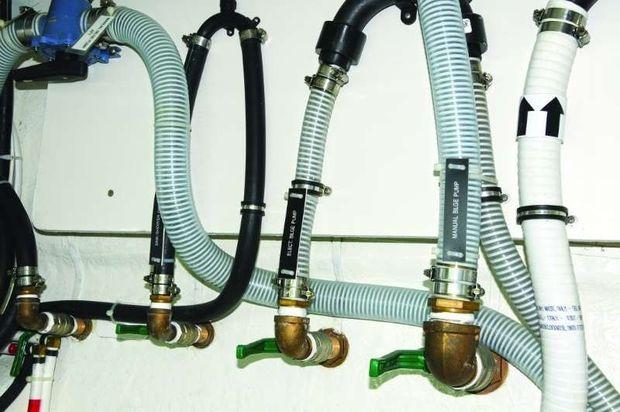 Obviously the generator hadn’t been operated with the exhaust system disabled, as it was for this test. I was confident a siphon wasn’t at work here and needed to prove my theory. I briefly considered conducting the test with a length of clear hose in place of the standard black exhaust hose. However, while I have used the clear hose approach in other exhaust system analyses, if my hunch was right in this case, doing so would have allowed water to enter the generator’s exhaust manifold and cylinders once again. The culprit… the genset exhaust discharge was located approximately six inches above the resting waterline. While underway, the stern squatted, as most vessel’s sterns do when underway, submerging the exhaust below the trailing bow wave. In spite of a relatively substantial inverted U riser in the hose between the overboard discharge and the generator’s lift muffler, water was pushed into the hose, filling the muffler and eventually backing up into the engine. This was a pure water-pressure flooding problem. Siphoning played no role whatsoever, and no anti-siphon valve could have prevented it from occurring. 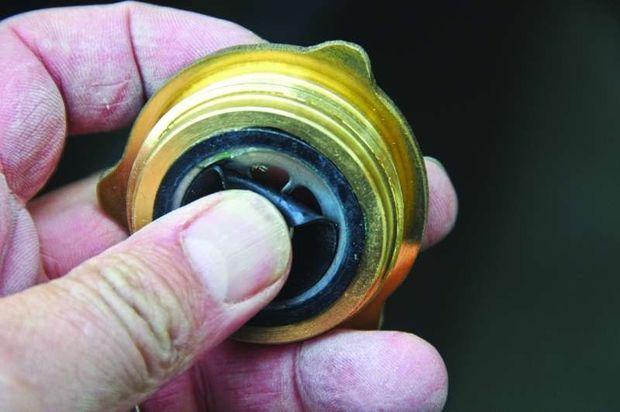 The Solution The solution was an interesting one and the very essence of simplicity: a small semicircular wedge of prefabricated fiberglass was attached to the hull immediately forward of the exhaust discharge, which effectively deflected the slip stream of water away from the hull before it could enter the exhaust outlet and hose. Several sea trials under varying conditions and angles of heel proved the design sound. Under no condition could water be made to enter the exhaust system. While a rubber flap is sometimes used to prevent backflow, it is more effective for transom rather than side exhausts; in the latter application they are frequently dislodged and lost. 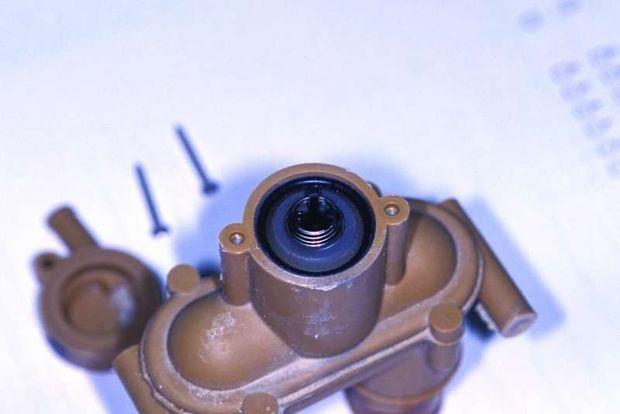 Yet another alternative involves the use of a proprietary exhaust check valve, available from marine exhaust manufacturers. While these are viable and effective at preventing water from being driven up and into exhaust systems, they are difficult to inspect once installed, and users have no way of readily knowing if the check flap remains intact or is even there at all. Instead, my goal was to prevent water from entering any part of the exhaust system beginning at the hull outlet. Because water only entered under a narrow set of conditions, upsetting that formula was all that was needed. Unlike pressure-flooding, siphons are created when a flow of water is started, typically as a result of pumping. When the flow stops and water runs down the longer side of the hose, suction is created. If the discharge is lower than the inlet, (almost) regardless of the elevation of the hose in between, water will continue to flow. The most common areas for siphons to occur are bilge pumps and engine raw-water cooling. Siphons are almost never created inside an exhaust discharge; the hose is too large, and the stream of water, being mixed with gas, is too diffuse. In the latter case, a siphon is often prevented by the raw water impeller blades, until one or more of the blades is broken off. Once that happens, and in a case of impeller roulette, when it stops in such a way as to bridge the inlet and outlet of the pump, a siphon can occur where it hasn’t been able to occur previously. This sort of failure often catches owners unawares, in that the circumstances can take years to manifest themselves. 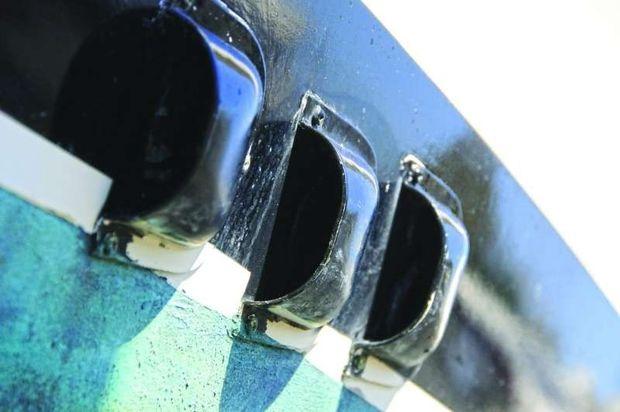 Make sure these systems are equipped with anti-siphon valves, located on or as close as possible to the centerline of the vessel (so they remain at least two feet above the heeled waterline, especially for sailing vessels), and make sure you inspect and service them (i.e. disassemble, clean and replace the valve if necessary) at least annually. About the Author: Former boatyard manager, technical writer, and lecturer, Steve D'Antonio, consults for boat owners and buyers, boat builders, and others in the industry. Visit stevedmarine.com for his weekly technical columns.
Chesapeake Bay News 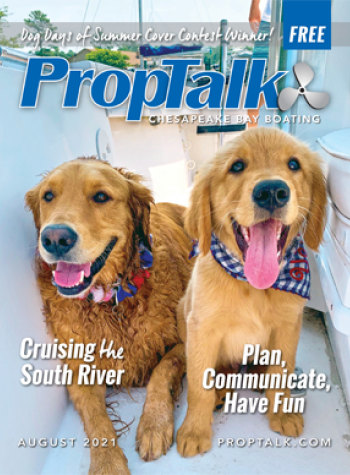