If you’re looking for more than just ice cream shops and overpriced tee-shirts on your next cruising destination, consider putting Cambridge, MD, on your itinerary. The bustling town, situated directly on the shores of the Choptank River, boasts incredible amenities for boaters along with a history worth exploring on foot. 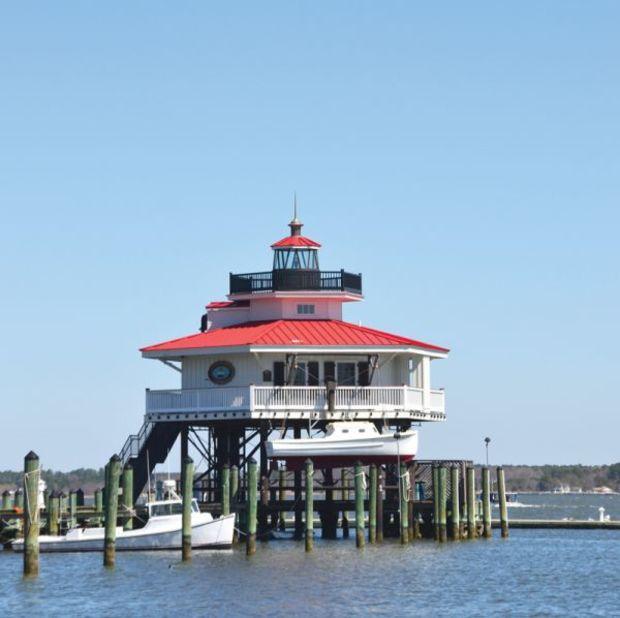 The town was first settled by English Colonists in 1684, but Choptank Native Americans had already been living along the river for centuries. Cambridge grew as a trading center for tobacco and produce, and was also a center for the slave trade. Instead of attempting to cover this past, the city of Cambridge and Dorchester County has done an incredible job of bringing light to the work of Harriet Tubman and the other conductors of the Underground Railroad, active on the Eastern Shore and Cambridge, in particular.

The Harriet Tubman Underground Railroad Visitor Center is located roughly six miles outside Cambridge, in Church Creek, near Blackwater National Wildlife Refuge, and is worth the trip if you have a land yacht available. But the Harriet Tubman Museum and Educational Center is situated right in Cambridge, walking distance from Cambridge Yacht Club if you’re staying at the municipal yacht basin off Long Wharf. If weather cooperates, you can pick up walking guides for the historical hot spots for Cambridge (as well as driving tours for greater Dorchester County) at both the Museum and the Dorchester County Visitor’s Center located in Sailwinds Park. The park itself has a little protected beach, field, and playground, and is a great place if you have kids (or four-legged kids) who want to run around a bit before lunch. 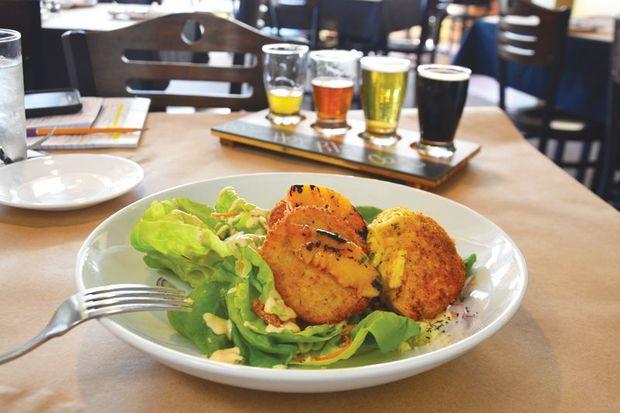 Speaking of lunch, there are plenty of great places to get something good to eat in town. On our visit, we made our pilgrimage to the High Spot Gastropub on High Street, where the eclectic menu never disappoints. We enjoyed a Fried Green Bib salad, which featured grilled peaches, fried green tomatoes, and a giant lump crab cake on top, along with some fish tacos that absolutely disappeared. Paired with a beer flight, it was the best meal we’ve had in a while.

To walk it off, we grabbed our walking tour map and checked out Christ Episcopal Church’s Cemetery on the corner of Church and High. The church itself is a grand, Gothic-style structure built in 1883, although the first structure was built on the site in 1693, and the cemetery has headstones dating back as far as 1674. The cemetery houses the resting places of five governors of Maryland, along with historical who’s-it’s stemming from the days of the Continental Congress. 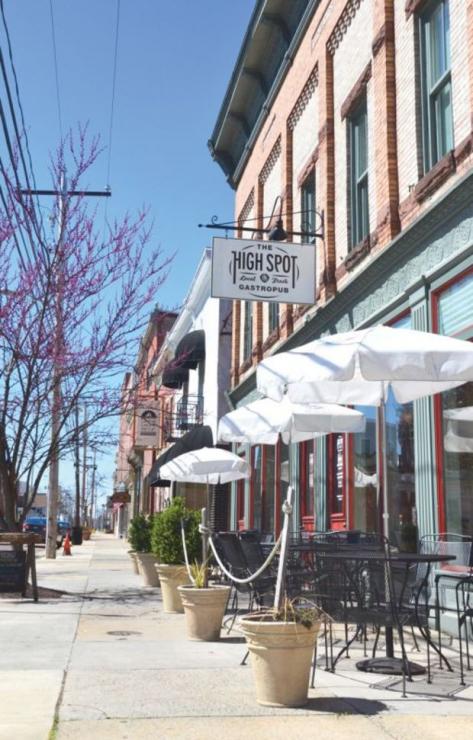 Just across from the church is the Dorchester County Courthouse, where in 1850, Harriet Tubman helped her niece Kessiah escape slavery. In December of 1850, Kessiah Bowley and her two young children went up for auction in the courthouse’s front lawn. Kessiah’s husband, John Bowley, was a free black man, and he outbid everyone for the right to buy his wife and children. But when it came time to pay for the three, the Bowleys were nowhere to be found: Tubman and the Underground Railroad had arranged a boat to take them out of Cambridge and up the Chesapeake to Baltimore, where she was waiting for them.

Walking from the church up High Street to the water, you’ll pass by several beautiful, Federal-era homes that deserve their own historical guide (and they have one: pick up a Historical Walking Tour of Cambridge pamphlet at the visitor’s center). You’ll see the homes of Confederate Army surgeon generals, governors, 18th century diplomats, and even the Commander of the Maryland Oyster Navy (did you know we had one of those?).

High Street dead ends into Long Wharf Park, which acted as the city’s center of maritime activity in the 19th and 20th centuries. The park is now home to the Choptank River Lighthouse, a beautiful replica of the original circa-1871 screwpile lighthouse, and houses a mini museum. During the spring and summer, Long Wharf Park is the site of local music, family movie nights, and much more. It’s also the site of Cambridge Municipal Yacht Basin, which has transient slips right within walking distance to downtown. During the month of May, the Yacht Basin will have free transient slip rental every Friday and Saturday night, including the Sunday of Memorial Day Weekend. May is festival month in Cambridge, so there’s no better time to head over.

If you’re interested in the maritime history of Cambridge, the Richardson Maritime Museum houses a collection of skipjack, bugeye, pungy, log canoe, and merchant vessel models, all displayed in great detail. Close by, Ruark Boatworks restores Chesapeake Bay boats by hand, using authentic tools and craftsmanship unique to the Chesapeake. 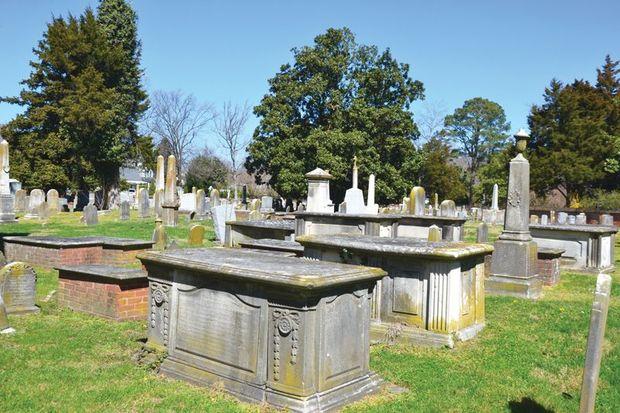 During the War of 1812, Cambridge Creek produced privateers prized for their speed and maneuverability. In the early 20th century, workboats crowded the creek to such an extent that you could walk from one side to the other, stepping on and over boats. Today, Cambridge Creek’s star resident is the J.M. Clayton Seafood Company, the world’s oldest crab factory run by the same family since 1890. Don’t miss your chance to pick up some Epicure crab meat, straight from the source.

It’s impossible to be in Cambridge without witnessing the stark comparison between the homes on High Street and the more desolate neighborhoods extending along Pine Street. These homes are also a significant part of Cambridge’s history, as they were built by the Phillips Packing House in the early 20th century. Phillips Packing House was the city’s largest employer for years, and during World War II it supplied C and K rations for the armed forces. When it shut down in the early 1960s, the city’s economy was devastated. Today, the packing plant is the focus of a rehabilitation and preservation effort by several groups who seek to turn the 60,000-square foot vacant building into a mixed-use center. In addition, the city is working to create rehabilitation and renovation grants for the homes built by Phillips. Restoring and renovating the homes along Pine and Race Street is challenging because they are part of the historic framework of the city, so care and consideration is being given to the neighborhoods as a whole. It will be an interesting project to watch unfold.

Just further up the Choptank and under the Route 50 bridge, you’ll find the Hyatt Regency Chesapeake Bay Hotel and Marina. This is, to some extent, the pot of gold at the end of the boater’s rainbow, as the resort gives boaters full access to countless amenities for the whole family. You can hit the links or indulge in the spa; SUP boards and kayaks are provided just inside the marina; and fishing is possible on the pier. There are also seven restaurants to choose from, if you decide to eat something off the boat. 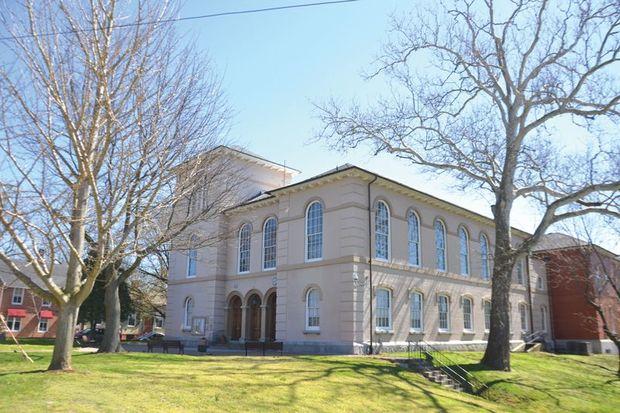 If you’re traveling with children, they’ll be in heaven here. The 60-acre facility has pools, a heron rookery, and plenty of water activities to keep the kids entertained. Don’t hesitate to enroll them in the Hyatt Day Camp for a full or half day, where they’ll enjoy things like mini golf, scavenger hunts, and s’mores around the campfire. If you want to explore with the kids, Blackwater National Refuge is close by. The Hyatt runs two specials throughout the year that are particularly targeted toward boaters: first, a monthly membership allows you access to the marina at a discounted rate. And second, if you book two nights, you receive the third free. But possibly the best thing about the Hyatt is that since it is situated on the other side of a bridge, it is practically sailboat free. As we said: it’s the pot of gold. However you choose to enjoy your time, Cambridge has something for absolutely everyone. All you need to do is step off the boat.