(And the Bay) The health of the Chesapeake Bay is always on the minds of those who live along its shores, but it can be easy to get caught in the “Bay bubble” and not pay proper attention to the waterways that feed her. The Susquehanna River, which extends from Ostego Lake in Cooperstown, NY, to Havre de Grace, MD, is sick, and her health has direct repercussions for the state of the Bay. While the powers that be have serious work to do in order to change the status quo, work to save the river is underway. Anyone can lend a hand in restoration efforts through education and action. 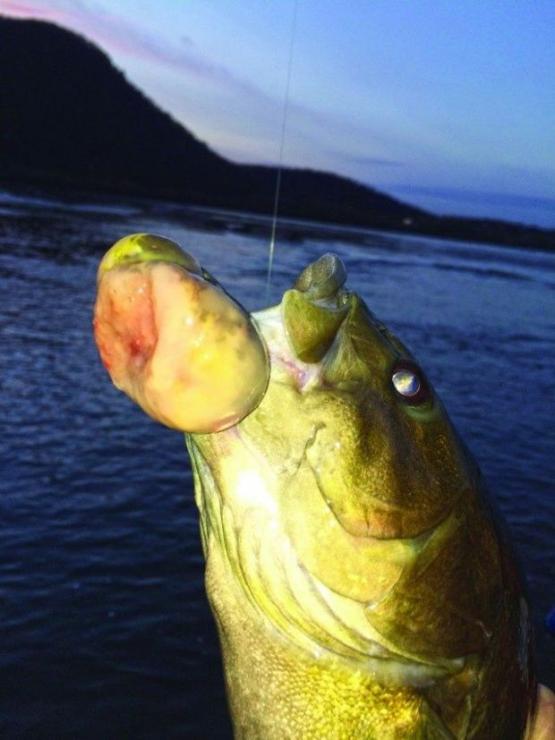 The Susquehanna River, at approximately 450 miles, flows through both major cities and rural farmlands. The lower Susquehanna, a longtime go-to for its smallmouth bass fishery and recreational activities, serves as a home to outdoor enthusiasts as well as the many species that compose the ecosystem. Unfortunately, their residency on or in the river comes with a costly price tag, as it has become clear over the past decade that the lower portion of the river is ill. From young smallmouth bass displaying lesions and sores to the presence of tumors and intersexed fish, there are no two ways about the decline of the waterway’s health.

“That doesn’t occur naturally in nature,” says John Arway, executive director of the Pennsylvania Boat and Fish Commission, of the incidents of diseased fish. Arway notes that since the first major fish kill occurred in 2005, there has been an, “increased or stable incidence of disease in young bass.”

Arway says that prior to 2011, the Pennsylvania Department of Environmental Protection’s (DEP) research indicated that the back river was healthy. Arway explains, “The problem is that invertebrates aren’t the right bio criteria indicator” for determining the true health of the lower Susquehanna. Despite assurances by the DEP that it would study river pollution and strive to meet pollution reduction goals as outlined by the Clean Water Blueprint nearly six years ago, problems persist.

In 2007, the PA Fish and Boat Commission funded a $500,000 water quality study and found the quality to differ (and fall below protection standards) from where the DEP observed conditions. The DEP is required to report to the Environmental Protection Agency (EPA), which urged the department in 2015 to finally determine whether the river should be given “impaired waterway” status, says Arway. An “impaired” status would obligate the DEP to create a plan to fix the issues facing the affected area.

In late July of 2016, the department decided not to recommend that the lower Susquehanna receive an impaired status. According to the Pennsylvania chapter of the Chesapeake Bay Foundation (CBF), DEP did recommend that four miles of the river receive “impaired” status for catfish consumption and recreational use. This, however, is simply not enough, said CBF Pennsylvania executive director Harry Campbell in a recent press release: “Given the well-documented death and disease of smallmouth bass in the Lower Susquehanna River for more than a decade, it is disappointing that the Department of Environmental Protection (DEP) has chosen not to recommend impairment for the threat to aquatic life. While DEP did recommend impairment for a portion of the river, its recommendations must go a step further to include impairment that will address the threat to smallmouth bass.”

Campbell continues, “DEP acknowledges that emerging contaminants such as endocrine-disrupting compounds and herbicides in the river are a major concern. Considering the plight of the smallmouth bass, not declaring the Lower Susquehanna to be impaired is another example of Pennsylvania’s continued lack of leadership, dedication, and investment when it comes to following-through with its Clean Water Blueprint commitment that dates back to 2010. Pennsylvania is not serving the needs of its citizens or the animals that rely on clean water for their very lives.” 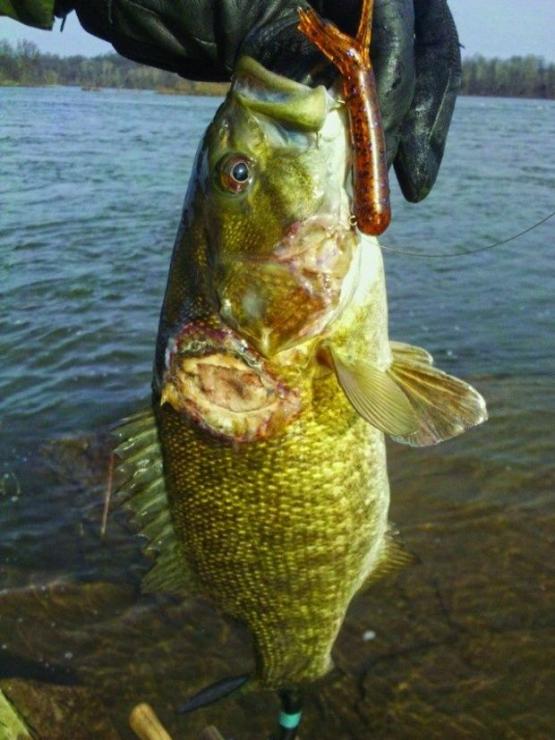 Both nonpoint source and point source pollution contribute to the Susquehanna’s struggles. Arway says that in 2015, both state and federal researchers along with academic institutions studied the likely causes of the Susquehanna’s ailing water quality. Noting that it’s likely that, “a complex set of issues (is) hurting the fish,” Arway says the group concluded that EDCs (Endocrine Disrupting Chemicals, which can come from farms, septic systems, sewage, and landfills), herbicides, pathogens, and parasites are the most likely offenders. Arway believes that although each and every cause of pollution isn’t yet known, the DEP shouldn’t cool its heels and should start, “acting on things we know instead of waiting for absolute certainty.”

Impact on the Bay… and the Solution

This high quantity of nutrients is responsible for excess algae growth, which robs the water of oxygen and sunlight, ultimately disturbing the species and ecosystems that depend on that water. There’s no mistaking the cause and effect relationship between the ills of the Susquehanna and the vitality of the Bay. Pile the Susquehanna’s pollutants on top of the health issues that originate in the Bay, and you’ve got a lot of wrong in an area fighting to right itself.

As dire as things seem for the river, there is hope. Fingers (and rods) remain crossed that the DEP will finally designate the lower Susquehanna as impaired. Until this designation comes to pass, Arway and the Commission have been busy doing what they can to improve conditions.

Launched in spring of 2015, the S.O.S. or Save Our Susquehanna campaign funds projects dedicated to conserving the waterway. As detailed on the commission’s website, projects include working with farmers and academic institutions to research and reduce pollution levels in soil and medical doctors and facilities to decrease the amount of EDCs and pharmaceuticals that end up in the river. Arway notes that there are, “more willing farmers that want to do this work than money to fund it. They understand it and want to do the right thing.” It’s his hope that there will be a shift in agricultural methods and practices in order to reduce the amount of herbicides that find their way into the Susquehanna.

In its first year, the campaign received more than $50,000 in online and private donations, an amount matched by the commission. Outside of monetary support, Arway urges individuals to, “talk to others about the concern about the river. It’s a major variable in what’s happening to the Bay. If we make the Susquehanna well, the Chesapeake will recover.”

Similarly, speaking with local legislators to voice concern is also helpful: “Pennsylvania, Maryland, and Virginia… they need to recognize the source of the problem and how they can become part of the solution by helping Pennsylvania meet goals for the Bay and its own goals for the river.” 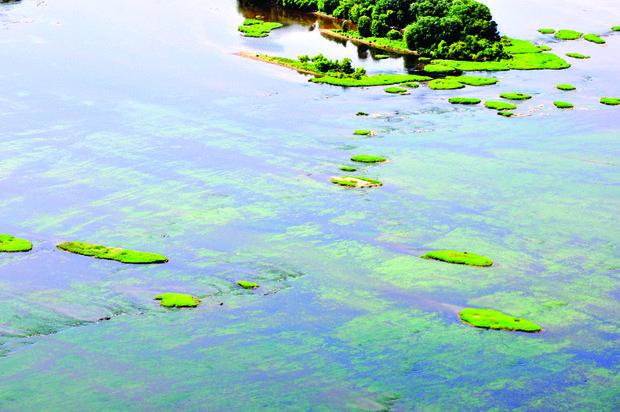 Be Part of the Solution

Some helpful links to visit:

About the Author: Laura Boycourt, originally from Annapolis, is a freelance writer living in central PA.