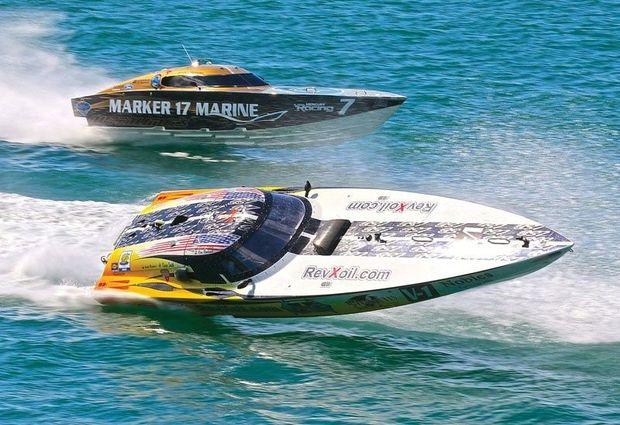 Lilly first started racing in 2007 with his dad in a borrowed boat. Now he has completed his fourth full season in his own boat and his first full season doing the SBI series. Previous to this year, Lilly had competed in the OPA series and attended some of the SBI races, but this year he decided to go after National High Points. That meant a much larger commitment, and it was not an easy road to victory.

According to Lilly, “There was so much work to be done for each event. So much stress and damage to the boat – fiberglass damage, stringers breaking off… It takes a toll. It’s brutal on all of the equipment, so it definitely helps to have a full service facility at your disposal (Lilly Sport Boats).”

After a rough season, Lilly is grateful that “the boat is still all together,” not perfectly, he admits, but it managed to survive all three races in Key West. When asked about the inspiration behind his boat name, Lilly chuckled and admits that the name is supposed to make people laugh. Four years ago, Lilly combined teams with Kevin Smith, and when it was time to come up with a new name, they loved the idea of having the announcer laugh every time he had to announce their boat.

After a big win in Key West, Lilly had only a short time to recover before heading to Englewood, FL, for the OPA World Championships November 16-20. He was asked to drive Typhoon with Randy “Mad Dog” Scheuless and after two rough days of racing, they earned the title of World Champions in the Super Vee Lite Class. This was Lilly’s fourth consecutive OPA World Champion title.

This winter, Lilly expects to be very busy in the shop, taking Hurricane of Awesomeness completely apart and then putting her back together in time for next year’s SBI series. He is determined to defend his title and come out on top again in 2017.