A Powerboater's Guide to Sailing

Powerboaters: Have you ever waved cheerfully at a sailboat crew and gotten stony silence—or worse—in return? It isn’t that sailors are snobbish (though some are). Many of them have come to view powerboats as a threat with some good reason, and powerboaters too often seem to have no idea about why those rag-pickers are shaking their fists. In the interest of better understanding, here are some questions and answers about how sailboats work and what powerboaters should know to help fathom them. 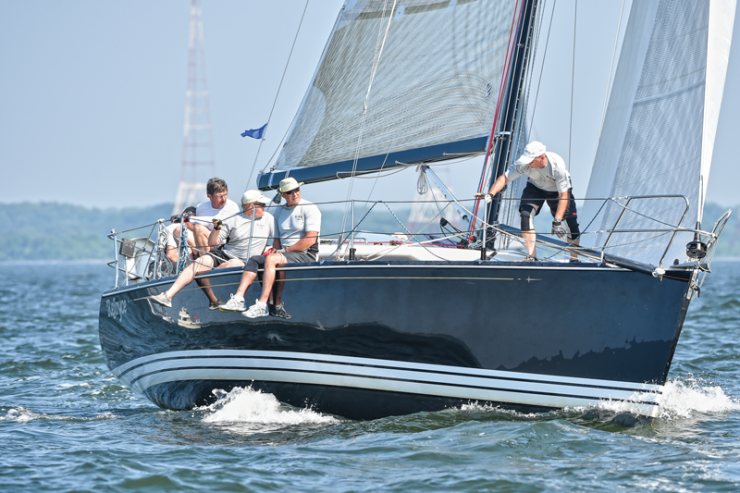 Q. Do sailboats really have the right of way over powerboats?

A. Yes, but not always. Generally speaking, if you’re driving a powerboat, Coast Guard rules of the road say you’re obligated to steer clear of sailboats whenever they’re under sail. But there are three cases when sailors do not enjoy special privileges: First is when a sailboat is being propelled by its engine. In such cases, the sailboat is legally classified as a powerboat, and both you and the sailboat skipper must follow the rules of the road that apply when two powerboats are approaching one another. The second comes when a sailboat is overtaking your powerboat from the rear (astern). In that case, you must maintain your course and speed, and the sailor must stay clear of you while he or she is passing, even if the sailboat is operating under sail. Finally, when a sailboat is approaching a vessel that is confined to a narrow channel—such as a deep-draft cargo vessel operating in a shipping lane—the sailboat must give way, even if under sail. (It’s a good idea for all pleasure boats to avoid big ships anyway.)

How can you tell whether a sailboat is operating under sail or is being propelled by an engine?

Why do sailboats rate such special privileges?

The navigation rules require that vessels that are better able to control their movements yield the right-of-way to those that are less able to maneuver. Sailboats, to a large degree, are at the mercy of the wind. They can’t sail directly into the wind, and they can’t slow quickly the way that powerboats can. They also tend to have deeper keels than powerboats do, so they can’t maneuver into really shallow water.

Okay, so powerboats usually have to yield to sailboats—but what about big ships, dredges, and fishing vessels? Do they have to get out of the way of sailboats, too?

Good point. The pecking order prescribed by the rules of the road—in which easy-to-maneuver vessels must yield the right-of-way to those that can’t move about as freely—requires that both sailboats and powerboats yield to most big ships, and must stay out of the way of trawlers deploying large fishing nets. Other privileged vessels to which sailboats and powerboats must give way include those that are confined to narrow shipping channels and those that are restricted in their ability to maneuver, such as dredges. (Note: The privilege granted to fishing vessels applies only to commercial boats that are streaming large nets, not to pleasure craft.) 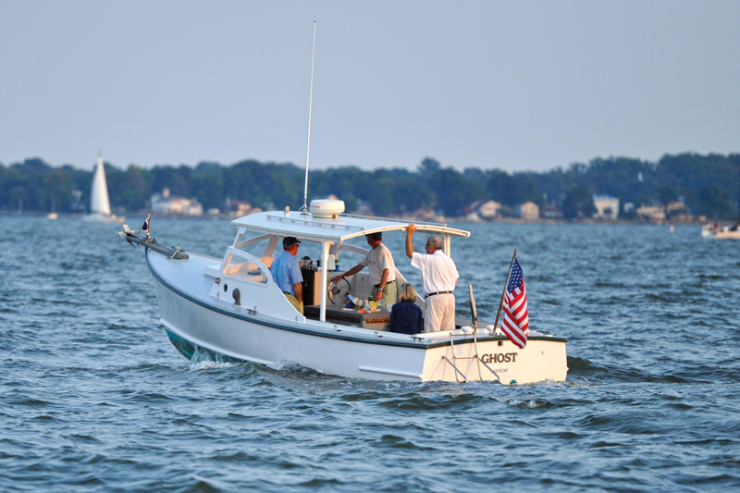 Sailboats often seem to change course without warning and sail right in front of my boat. Why do they do that?

Since sailboats can’t sail directly into the wind, they sometimes must try to move forward by tacking—following a zig-zag course in which they first steer 45 or 50 degrees off the wind in one direction and then shift to 45 or 50 degrees off the wind in the other direction. This works fine until the sailboat, which often has a fairly deep keel, approaches the side of a channel, where the water may suddenly become shallow. Unlike a powerboat, a sailboat can’t slow or stop to avoid a shoal and also can’t easily steer around it. The sailor will have to tack quickly, possibly surprising powerboaters who aren’t expecting such maneuvers and don’t realize that they need to steer clear. The best way for a powerboater to cope with that situation is to learn more about how sailboats work and anticipate such movements. Sailboats operating with the wind behind them also must make similar abrupt course-changes—a movement that is called gybing. The principles and results are similar for gybing and tacking.

Sometimes sailboats seem to be pointing in one direction, but actually are moving on a different course. What causes this disparity?

Sailboats are propelled when the wind pushes against their sails, but sometimes there are other forces that help determine which way they’re headed. For example, if the wind is coming from abeam (the side), you’d think the sailboat would be pushed sideways and would be moving at a 90-degree angle from the way her bow is pointing. But the effect of the wind is mitigated by the deep keel that extends below the sailboat’s hull. The keel provides resistance against the force of the wind and transfers some of it into a forward motion for the boat. The result is that while the boat may be pointing forward, it actually moves at an oblique angle, much like a crab. That equation changes depending on the relative direction of the wind. oral: You can’t always judge a sailboat’s course by where the bow is pointing.

I often wave to sailboats as I zoom past, but my courtesy frequently is ignored—and sometimes even worse. Do I need to change my mouthwash?

Not yet. Sailors’ biggest complaint against powerboaters is that they tend to roar by at high speeds, without regard to the impact or damage caused by their wakes. At the least, getting jostled by a large powerboat wake can spill the wind out of the sails, forcing the sailor to spend several minutes building up enough speed to resume course, particularly in light winds. At the worst, the jolt from a large powerboat wake can knock a crew member off his feet or even overboard, causing injury or possibly even death.

Sailors complain that too often powerboaters are oblivious to the impact of their wake; some don’t even seem to get it when the sailor yells and points to the churning they’ve stirred up. The most dangerous situation in this category comes when the sailboat crew is raising or taking down the sails—which necessitates steering the boat directly into the wind—and a crew member is standing on the cabintop or in the pulpit, trying to gather and fold a sail. A large wake hitting a sailboat during such times means the crewmember must drop the sail and grab for the mast or pulpit railing. The impact from the wake could knock the crewmember down, causing him to hit his head or a knee on a cleat or toe-rail or even pushing him overboard.

As a boater, you are responsible for damage or injury caused by your wake. You need to be aware of the impact your wake is having, whether you’re near another boat, in a harbor or marina fairway, or around swimmers. The best way to avoid that problem is to avoid steering close to sailboats at high speeds and to slow down when you see one of their crew members raising or taking down the sails. And learn and follow the Coast Guard’s rules of the road. If the sailboat crew isn’t too stunned by your courtesy, you may get a wave—or even a grateful smile—in return. Even more fun, ask a sailor acquaintance to take you sailing someday, and experience the frustrations and joys that sailors encounter first hand. It may not change your life, but it could change your boating habits. It may change theirs as well.

About the Author: Art Pine is a Coast-Guard-licensed captain and a longtime sailor and powerboater on the Chesapeake Bay. A version of this article appeared in Mad Mariner, a now defunct online boating magazine.