The beaches of Maryland’s Eastern Shore are well known during the summertime, when the Bay Bridge traffic cam becomes the world’s best conversation starter. But Ocean City isn’t just a summertime destination; heading out to the Eastern Shore during the winter months can also be a great vacation, albeit of a different sort. We travel with little kids, so taking a boat to Ocean City during the winter was out of the question (that is, considering our boat. Your situation may be significantly different). So we packed the kids into their car seats and stuck the E-Z Pass to the dashboard on a Saturday morning, choosing to cut our drive in half with a stop at Blades Orchard in Federalsburg for some apple cider donuts. 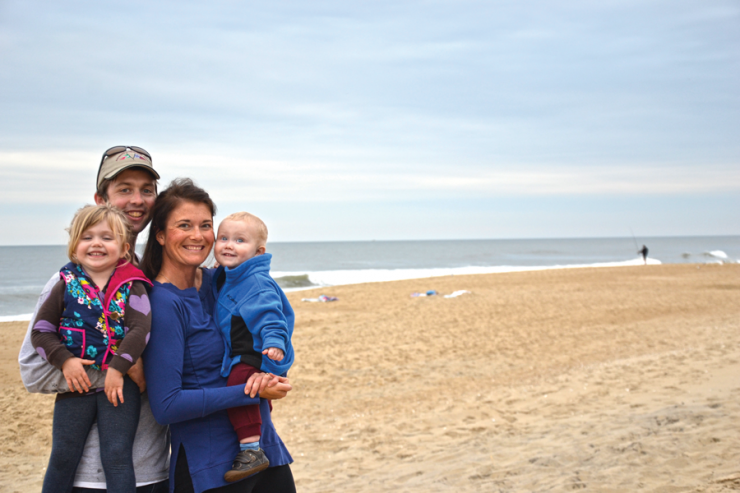 We rolled into Ocean City within what I would consider record time, considering my summer sojourns pre-kids. Coastal Highway felt like a ghost town, with the purveyors of salt water taffy and go kart experiences all shuttered for the season. Our hotel was up on 91st Street, further from the “strip” but still on the beach. One huge perk of wintertime travel is the lowered cost: for less than $100, we found a hotel suite with an ocean view and an indoor pool. The room was huge by any standard, and the view was incredible. If there’s anything better than hanging out on your balcony, it’s hoofing it down to the miles-long white sand oasis that is the Ocean City beach. The weather was mild enough for us to pull up our pant legs and wade in, with surfers not far off to entertain us. Our daughter took her role of Family Shell Collector very seriously and made sure our pockets were full of various shards of something-or-other. 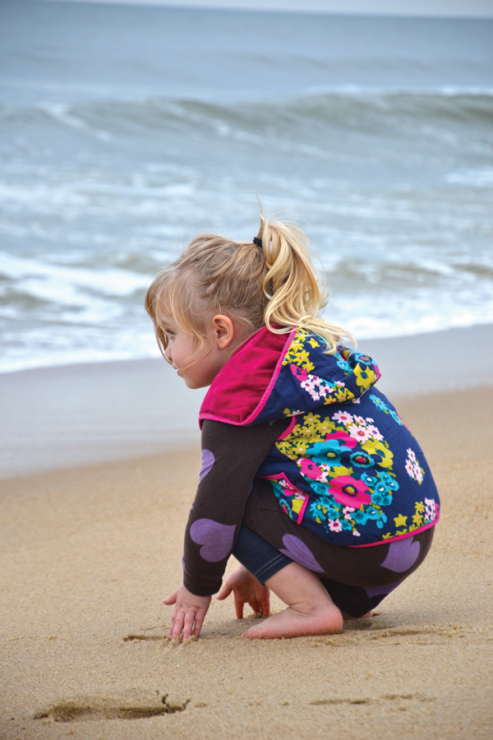 The kids were starving after running through all that sand (and who am I kidding? I was, too). Having children always complicates any dinnertime scenario, so the more popular restaurants are usually thrown out the window during summer vacations. But in this case, the down season is open season for diners with children. We headed straight for Waterman’s Seafood Company, just a short hop from the OC inlet and certainly worth the drive. While it seemed like everyone around us was cracking crabs, I had fried chicken on the brain and my husband Trevor ordered the stuffed flounder. Not knowing what the kids would eat, we also ordered an appetizer of steamed shrimp and fries (why not) along with their meals. The food was by far one of the best meals we’ve had in a while. His flounder was buttery and flaky, generously stuffed with lump crab and smothered in Imperial sauce. My chicken was crispy on the outside and pure insanity on the inside. I ate more than I will ever admit. And it kept getting better, as when the server finally brought our check, we had spent less than $50 for a family of four very hungry eaters. When it comes to ice cream, our family’s philosophy is that it’s never too cold, and you’re never too full. Since Dumser’s Dairyland is right next to Waterman’s, we stopped for a cup of strawberry and a mint chip shake. Dumser’s Dairyland was started by Gladys Wagner, who first started making and selling frozen custard in Ocean City in 1934. Her stand on the boardwalk was called Bernie’s Dairyland after her husband Bernie Thrush; they divorced after 29 years of marriage and she married Pete Dumser a year later, renaming the custard stand and opening more locations. Today, it’s an Ocean City mainstay. We ended the night in our suite with the sound and smell of the ocean all around us. 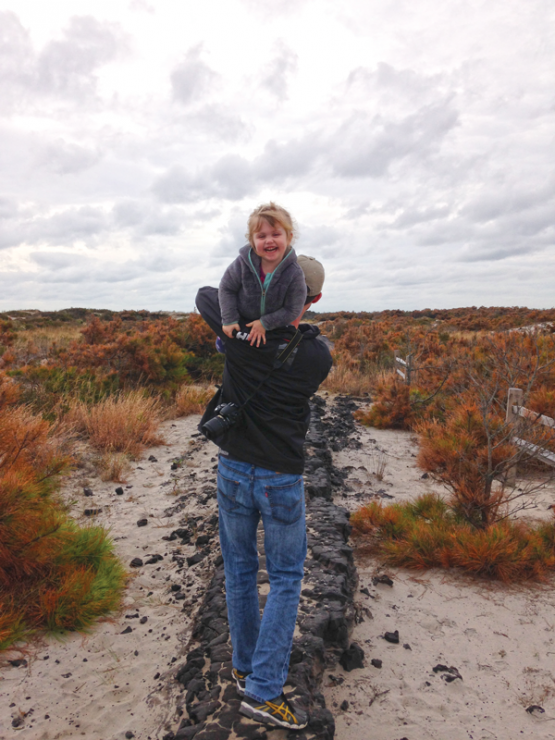 The next morning, it was quiet but there were definitely other tourists milling about, taking advantage of the offseason. Some of the best sea bass, striper, and flounder fishing happens during the cooler months, as evidenced by the empty docks at Fin Chaser Sportfishing Charters at Fisherman’s Marina. Their next season starts up in April, when the catch is tautog. We were looking for wild horses, though, not fish, so we headed over to Assateauge National Seashore. The park covers more than 41,000 acres, but during the summertime it can feel crowded. This weekend, it was still mild enough that kite boarders were ripping along on the lee side of the island in Sinepuxent Bay, with the roar of the Atlantic not far in the distance. Hiking through the trails offered a great perspective on the park that was not long ago home to the private resort community called Ocean Beach. Over 5000 lots were planned on the barrier island, with several vacation homes erected. But the Ash Wednesday nor’easter of 1962 rolled in, ripping up the road and destroying the few homes in its warpath. Assateague was deemed too dangerous to inhabit, and the development company sold the land to the federal government. The park was established in 1965. The only sign of the development is a lava-esque strip of Baltimore Avenue and a murky bog, located on the Life of the Forest trail, where one of the vacation homes sunk entirely and still remains. Hunting is allowed on Assateague during the colder months. While our family trip was undisturbed by the sounds of gunshot or deer carcasses in plain view (something that would be tough to explain to my animal-loving three-year old), both deer and duck hunting exists on the island through late January. The hunt areas are clearly specified in park literature and can be found online as well.

We were hunting for horses, though, and after searching both the beaches and the trails, we found them where you might not expect them: the campgrounds on the lee side of the island. The horses are shorter in stature, which makes many confuse them with ponies. But their stunted size is a just a sign of the poor quality of their diet, and the fact that many of them look pregnant is simply due to the excessive amount of salt in the bay grasses they eat. They’re bloated. At any time, there are roughly 150 horses on the island. Local folklore suggests that the horses are the result of a bad shipwreck off the Virginia coast, but the real story is perhaps one of local 17th century farmers wishing to graze their livestock without the pains of taxation. Visitors are advised to stay roughly 10 feet away from the ponies at all times, but since the horses are used to handouts, they may come closer than you’re comfortable with. After our daughter was officially ponied-out, we packed the kids back into their car seats and started our trek west. Our time in Ocean City included no bikinis or orange crushes, but we had a great time enjoying nature, incredible food, and the excellent hospitality of one of Maryland’s most inviting seaside destinations.
Chesapeake Bay News
See the Bay