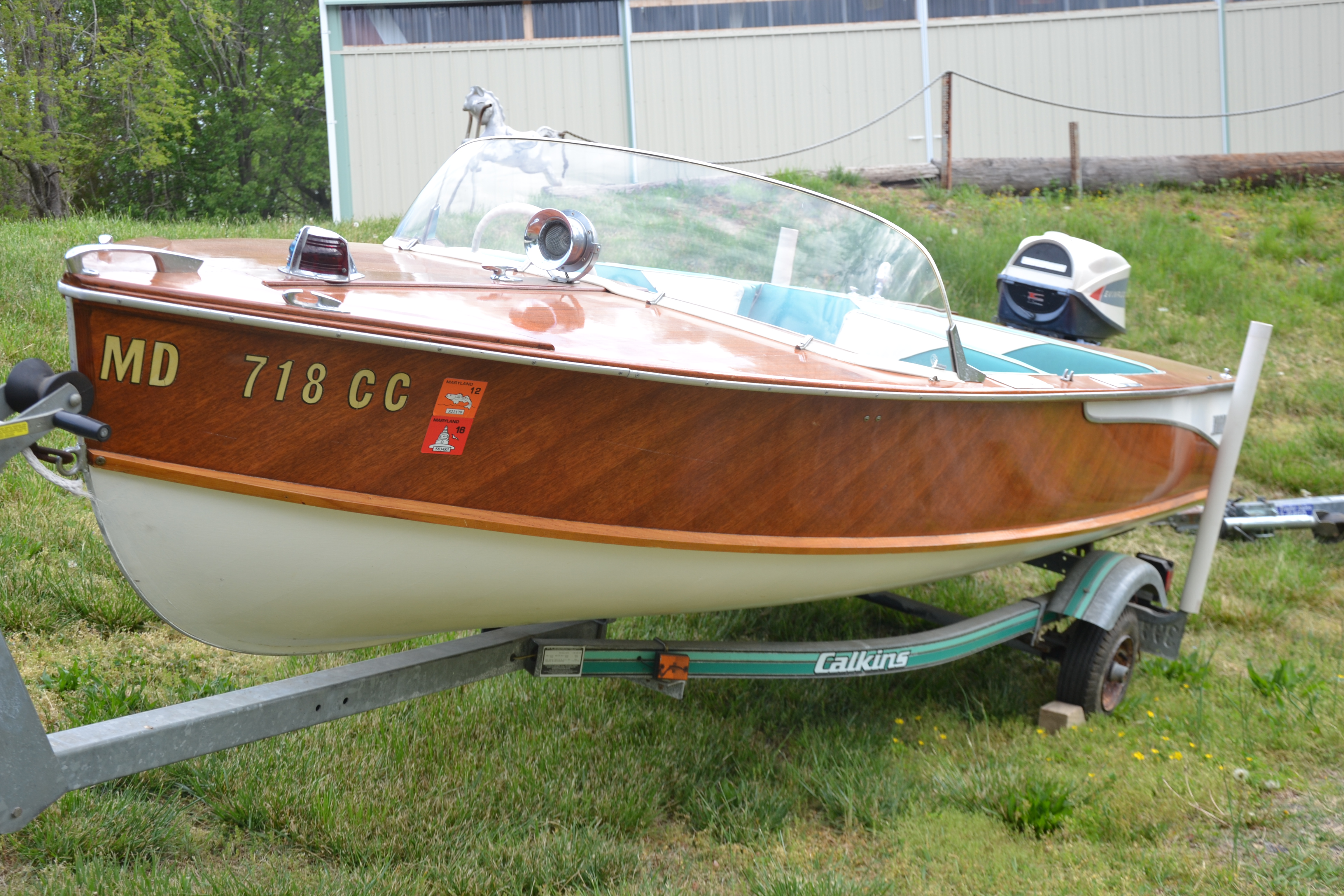 The original Whirlwind factory was located in Cockeysville, MD, when workers at Allied Aviation found themselves out of work and with a surplus of veneer, glue, and plywood that was originally intended for molded plywood glider airplanes. Turning their attention to the construction of pleasure boats, hulls were shaped by stacking five thin layers of mahogany and gluing them together at sharp angles.

The boats were baked in a long oven called an “autoclave” for one hour at 375 degrees. After the boat was cooled, final fittings were installed and the whole thing was expertly varnished. At their most productive, the Cockeysville factory was turning out three Whirlwinds a day.

In 15 years, the company built 15,000 hulls. Today, Johnson finds the boats in a variety of conditions. Some are pristine and shiny; others have peeling varnish, missing windshields, and holes in their hulls. They rest on trailers and hang from the ceiling in Johnson’s warehouse. Four and a half boats are stacked against one wall, mostly from the early 1950s.

Having half a boat lying around doesn’t ruffle Johnson in the least. “I’ll use that deck to patch another boat that’s deteriorating,” he says. But under Johnson’s care, not many boats seem to be neglected. The warehouse is pristine. Not all of the boats belong to Johnson. Some have been left by friends and clients who trust his steady hand with the boat’s restoration.

Johnson takes on projects himself, but also acts as a consultant for those who want to do it themselves. “I ask them to send me $25 in good faith,” he says, “and then I help them through their own restorations, step by step.” Johnson has been professionally restoring boats since 1969, and over the last 47 years he’s learned that things need to be done in order. “If you don’t do things exactly in order, you have to turn right around and start from the beginning.”

Drone footage of Sputnik, one of the boats in Johnson's collection, on the water in St. Michaels.

Johnson is sticking true to the heart of Whirlwind Boats’ mission. The boats were either fully finished for customers or sent as DIY kits for home builders. They show up in Upper Marlboro in all conditions; there are the shiny boats that have bleach blond decks and shiny steering consoles, and there are the DIY projects that are customized with hidden drawers and more legroom.

For Johnson, the boats will never truly belong to him, just as their memories will never fully be his. He respects that, and makes his collection open to owners to come and reclaim their boats, reclaim their time on the water, should they want to. Johnson hopes that they want to. “These boats bring families together,” he says. “There is something very special about a Whirlwind.” To learn more about Howard Johnson and his collection, visit oldtimeworld.com