It has been my good fortune to have fished the Florida Keys from Key Largo to Marathon. Every trip proved successful more due to good guides and luck than any skill on my part. While most of these trips were in the Middle Keys around Islamorada, I have also had great success fishing out of Key Largo. If you are a Humphrey Bogart or Beach Boys fan, Key Largo is a familiar name. It is the first Key you come to when traveling down Route A1A, and a short drive from Miami. 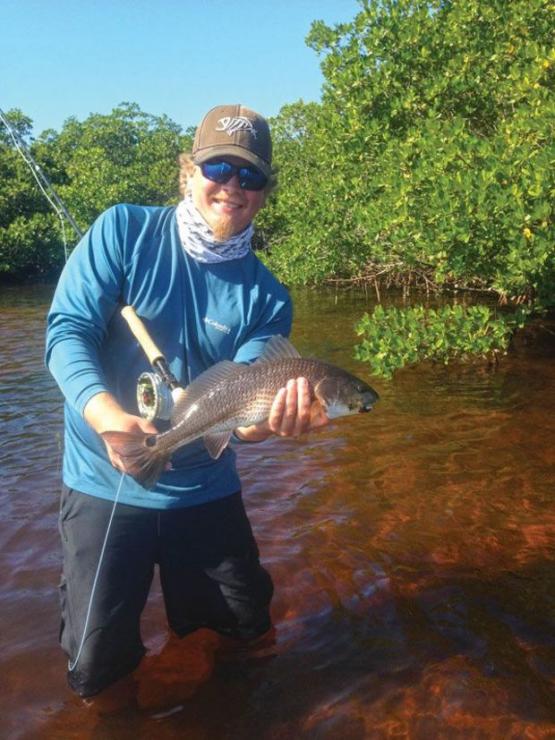 One of Key Largo’s more interesting aspects, as far as anglers are concerned, is the multitude of boats that line the bottom of the shallow water surrounding the Key itself. These countless boats were abandoned by Cuban refugees escaping their home country for a brighter future in America. Today the wrecks are home to grouper and lobster as well as other marine animals.

On my first trip to the Key to fish, our guide would position his boat directly over one of the wrecks and drop a rigged ballyhoo into the grouper’s lair. On just about every try the fish would take the bait and head back to his hideaway, at which point the captain would give the boat full throttle and tell us to hold on. Between the full drag setting on the reel and the movement of the boat, the grouper would be yanked out of his home and pulled away from the wreck. After that, it was up to the angler to get the fish to the boat.

On that same trip, I also fished for grouper along the edge of the mangroves. I always thought of grouper as deep water fish because that is where we catch them off of Maryland and Delaware. While grouper are also caught from the deep in Florida, they inhabit shallow water not only in wrecks, but also along and under the large mangrove islands in the Keys. 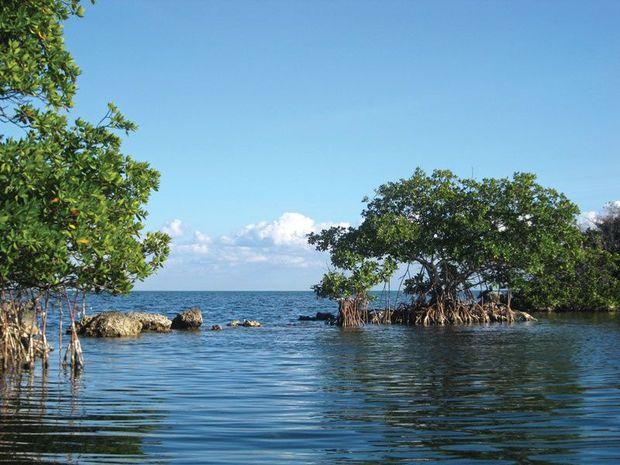 The technique here is to first catch a live well full of small baits, such as pinfish. Then, move to a mangrove island and cast the baits under the overhanging vegetation. I must admit the casting accuracy required for this style of fishing takes a bit of getting used to. It is difficult to catch anything when your bait is hanging three feet above the water, but after a few trials and errors, I finally mastered the side arm cast that puts the bait at the base of the mangrove roots. If anyone was home at that location, they would quickly dart out and grab the bait.

As with the grouper wrecks, the angler has to pull the fish out of the cover and into open water, but without any assistance from the boat. The edge of the mangroves also held good numbers of puppy drum and small jacks. The technique was to replace the live pinfish with a live shrimp. These too were cast to the edge or under the vegetation on very light tackle to get the most enjoyment from the smaller fish. 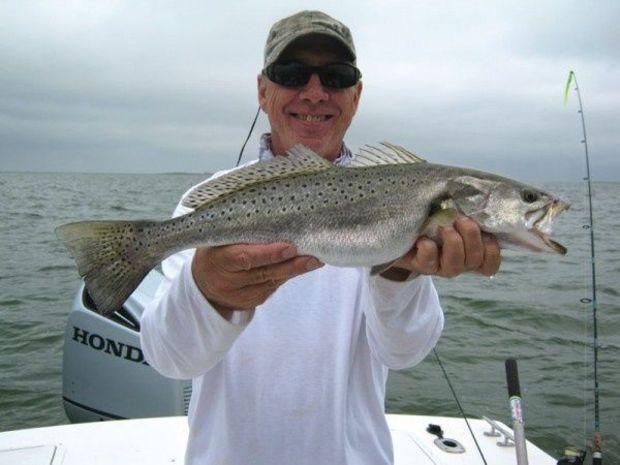 Speckled or spotted sea trout took up another half-day trip. The rig used for these fish consists of a popping cork followed by a live shrimp or an imitation, such as the D.O.A. shrimp. Once again, we fished shallow water and looked for muds. These muds are caused by fish stirring up the bottom to dislodge food, and shrimp are one of the items on the menu. The muds contain trout along with red drum and catfish, and our shrimp attracted all three species. I must admit it was neat to see the cork disappear under water when a fish hit the bait. The combination of the resistance from the popping cork and the lack of slack in the line resulted in an almost 100 percent hook up rate.

While we didn’t fish for tarpon, they were there in abundance. After every trip the big silver kings would gather at the stern of the boat to be fed what was left of the live bait. While the temptation was very strong to put a hook in one of those baits, such action was frowned upon by the locals.

There are many places to stay in Key Largo with prices around $125 per night. You can pay more if you want luxury, or a little less for bare-bones accommodations. Fishing guides are abundant as well, and the cost varies depending on the type of fishing you want to be doing. Offshore trips will take the biggest chunk of cash, while backcountry trips are less expensive.