I first fished out of Crisfield, MD, when big weakfish roamed the Bay. Captain Leroy Yingling would carry parties on his solid mahogany boat, Doris K, to the edge where Tangier Sound drops down from four to over 70 feet. The trip would begin around two or three in the afternoon and run until dark. The theory was the trout would be moving from deep to shallow water looking for soft crabs. 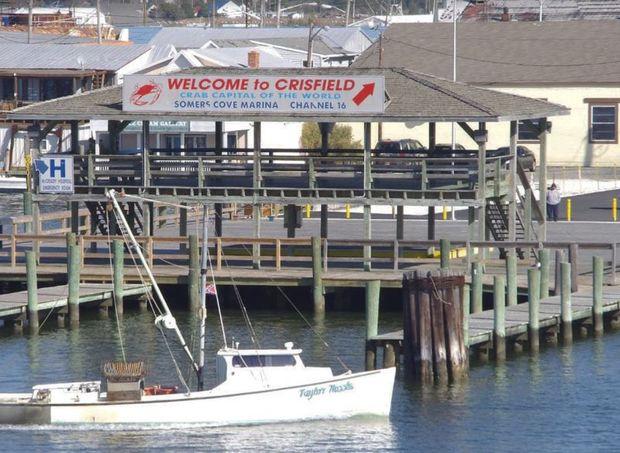 In practice, that theory seemed to hold up pretty well. We would bait up with peeler crab, drop down to the bottom right along the edge, and wait. The trout would move by in bunches. When the first person on the boat hooked up, everyone else got ready, and pretty soon we were all into fish.

Most nights were pretty calm. You could hear the anglers on other boats shouting with excitement when their turn came. Captain Yingling was pretty set in his ways. At 5 p.m. he had his dinner. If you had a fish on, too bad. You were going to be netting your own fish until he was finished eating.

I wanted to take my mother out for some fishing, but she had a tendency towards seasickness. That solid mahogany boat sat like an island, and no ordinary wave could move it. My mother ended up catching the largest fish of the evening followed closely by my wife. More than a few years later I fished here with Captain Yingling’s son, Harry. He had a 20-something outboard named Pappy’s Pride. We were entered in the Scorchy Tawes Tournament and may have had the winning flounder, but it let go just outside the range of my netting ability. As it was, we did have a decent catch of croaker, but no money fish. 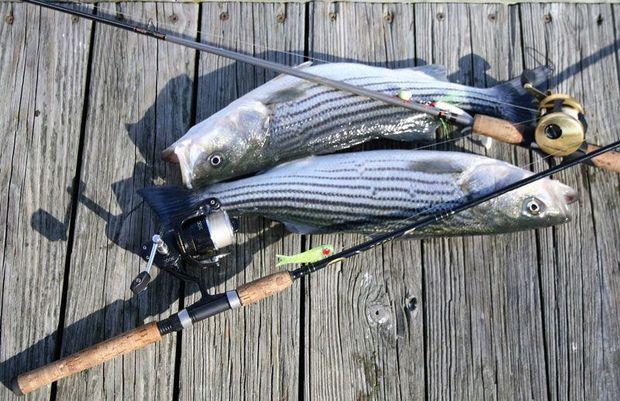 On another trip to Crisfield, Harry and I caused a thunderstorm that darn near washed Seaford, DE, away. When the two of us are fishing together, bad weather seems to follow. This storm started at the mouth of the Potomac River, and just about the time we made our first drift at the Puppy Hole, a marine warning came across the VHF. Knowing the way our weather luck runs we headed for the ramp and were on the road when the storm hit. This thing got stronger as it moved north and flooded out Seaford to the point that all roads leading to the town were under water.

Under normal conditions you can safely fish this area in a small boat. The Annemessex River, the Puppy Hole, and the Janes Island Reef are pretty protected. Once you cross Tangier Sound, it can get a bit sporty. I love the story about the waterman’s boy in Sunday school who, when the teacher asked him to describe hell, said, “My Daddy says hell is the mouth of the Manokin River on a southwest blow.”

Crisfield has a very good boat ramp as well as charter and head boats running out of Somer’s Cove Marina. The Barbara Ann Fleet runs every day in the summer for a very reasonable price. These head boats are perfect for a family on vacation. Contact Somer’s Cove at (800) 967-3474. Lodging is available at the Crisfield Budget Inn, the Captain Tyler Motel, and Somer’s Cove Motel. I have stayed at the Somer’s Cove Motel, and it is perfect for fishing folks who will be going on boats from the marina. There are also bed and breakfast operations, should you decide on a romantic getaway.

The food at every Crisfield restaurant where I have eaten has been fantastic. You only order one thing in Crisfield: seafood, preferably crab. I have a fondness for soft crab, and when you order them here, you don’t get just one crab fixed up some fancy way and placed on a dish with a mystery sauce drizzled over it. No sir, your get four good sized soft crabs fried up the way God intended.

French fries or potato salad are the sides with perhaps some good ole lima beans and corn cooked with fatback. Naturally, there are plenty of places to enjoy steamed crabs, and all are great.

Crisfield has something for every type of angler, be it bottom fishing in Tangier Sound, light tackle action for rockfish, speckled trout, and redfish, or trolling for trophy rock in the spring and fall. If you like to fish and eat, you can’t go wrong in Crisfield.