Over the weekend, two powerboat racers died after an accident during the Potomac River Radar Run in Fairview Beach, VA. 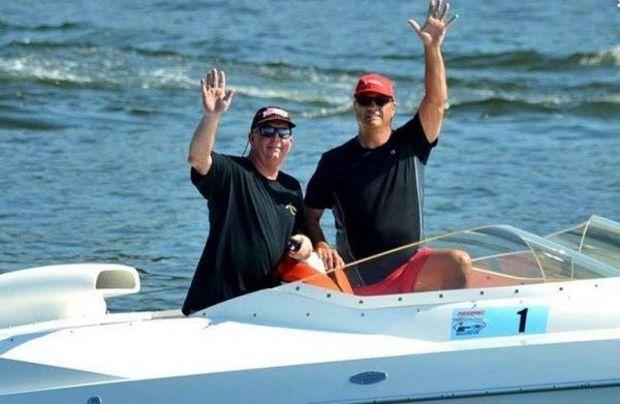 According to Speed on the Water, Garth Tagge, 61, and Jim Melley, 49, were running their Skater Powerboats 36-foot catamaran down the course in front of Tim's II Restaurant and Crabhouse when the accident occurred. Both men are from Georgia. Earlier in the day, the pair had recorded a 170 mile per hour run, which was reportedly the top speed so far in the ninth annual event. During their second attempt down the Potomac River, the 36-foot catamaran flipped a few times and both racers were ejected into the water. Rescue personnel attempted CPR at the scene but to no avail. Our thoughts go out to both of their families. For more on the story, click to speedonthewater.com. Video of the accident has been circulating on the web but we have opted not to share that footage given the circumstances. Please be warned that the footage is very disturbing and very sad.