When the English colonists came to Jamestown in 1607, they began exploring nearby rivers. They gave English names to many of these rivers, such as the James, York, and Elizabeth. However, one river has not only maintained an original-sounding name, but it has also retained much of its original appearance. Parts of the Chickahominy River are as undeveloped and untouched today as they were when Jamestown was settled. Sprawl from Williamsburg is trying to creep onto the eastern bank, but the river’s swampy banks and cypress swamps have held it back. Much of the river remains as wild as ever. 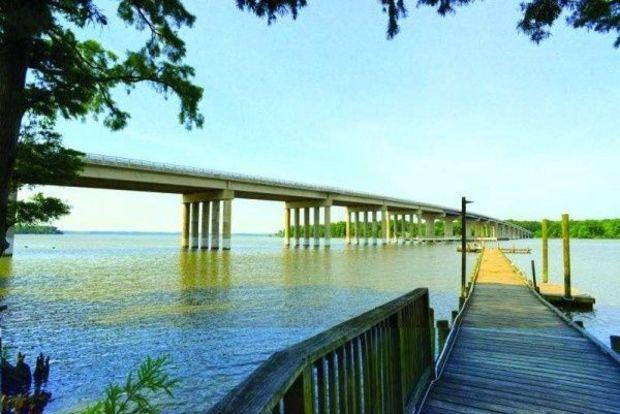 The Chickahominy name belongs to both the river itself and the natives who once occupied its shores. It is a tributary to the James River, linking with the James about six miles above Jamestown. It ventures north and northwest from there for about 18 miles. Then, you hit Walkers Dam. Behind the dam lies Chickahominy Lake. The lake was created to supply water for Newport News during World War II. Up river from the lake you’ll find more swamp. If you drive east of Richmond on Interstate 64, you will cross what looks like a swamp, but the roadside sign says Chickahominy River. The river is full of history, as you might expect with its close proximity to Jamestown. Captain John Smith ventured up the river on several occasions in 1607. The Indians along the Chickahominy were somewhat friendly, at least at first, and provided the early colonists with much-needed food. The Chickahominy is also where John Smith was captured before being taken to Chief Powhatan. This led to the famous story of Smith being saved by Pocahontas. 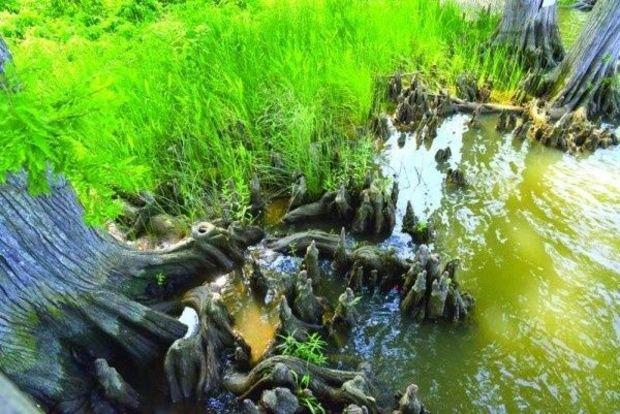 The Confederate Navy built a shipyard just above Wright Island. Northern troops burned the shipyard in 1862, though a few timbers remain in the water today. This same area was used to shoot part of the film The New World, starring Christian Bale, Colin Farrell, Christopher Plummer, and others. Released in 2005, the film told the Hollywood version of the John Smith and Pocahontas tale. While the story might not be historically accurate, the scenery of the Chickahominy is breathtaking and true. John Page Williams, the Senior Naturalist for the Chesapeake Bay Foundation, explored the Chickahominy for its inclusion in the Captain John Smith Chesapeake National Historical Trail. Williams describes the river as “seriously scenic.” He noted that the Chickahominy is “an overlooked jewel. It is a great cruise for any boater looking for natural beauty.” While narrow in places, the channel is deep. If your yacht fits under the Route 5 Bridge, it can probably cruise up to the dam. The entire river is a fishing hole. The Chickahominy is not known for trophy largemouth bass, but is recognized for having large numbers of bass up to three pounds. Wild rice that fed the natives feeds waterfowl today. Wildlife that fed the colonists exists today. It is one of the best places on the Chesapeake Bay to watch eagles. John Page Williams noted that he saw 15 eagles during one day on the river. 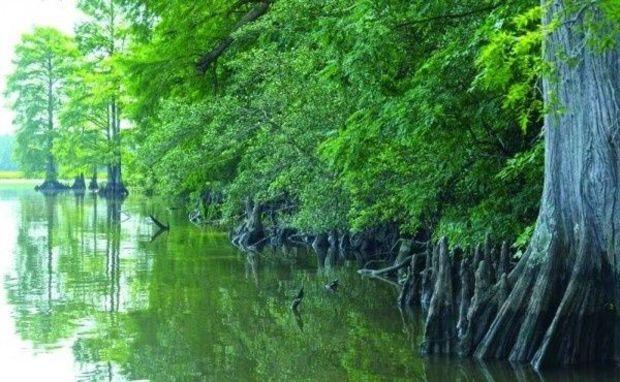 If you plan a visit, the Chickahominy Riverfront Park provides river access as well as numerous other activities. Located at the mouth of the river just off Route 5, the park has boat rentals, pools, a fishing pier, kayak launching area, paved boat ramp with floating docks, campsites with beautiful views of the river, and more. The Chickahominy Wildlife Management Area is located on the west side of the river off Route 5. Facilities there include 15,217 acres of natural habitat and a boat ramp on Morris Creek. Morris creek is totally undeveloped and was also used in the filming of The New World. This is a great spot for bird watchers. Up river, The River’s Rest in Charles City caters to vessels large and small. On the lake, Ed Allen’s Boats and Bait can rent you a boat or put you up for the night. And visit chickahominytribe.com to learn more about the natives. Visit smithtrail.net for information on the Captain John Smith Chesapeake National Historical Trail. Dump your skiff in the Chickahominy, travel back in time, and see a part of the Chesapeake Bay as it was centuries ago. by Kendall Osborne
Chesapeake Bay News