Developing a Workforce in the Marine Trades

One success story from the Marine Trades of Maryland (MTAM) Summer Internship Program is 25-year old David Howell. David hails from Middle River, MD, and grew up stand-up-paddleboarding and fishing in Wilson Point. While visiting Annapolis over the summer, he happened upon an MTAM internship application and decided to apply. “I’ve been working with my hands my whole life, but there was never a program like this when I was in high school.” Howell said. “You can work on cars but there’s very little variety. Here, I learn something new every day.” 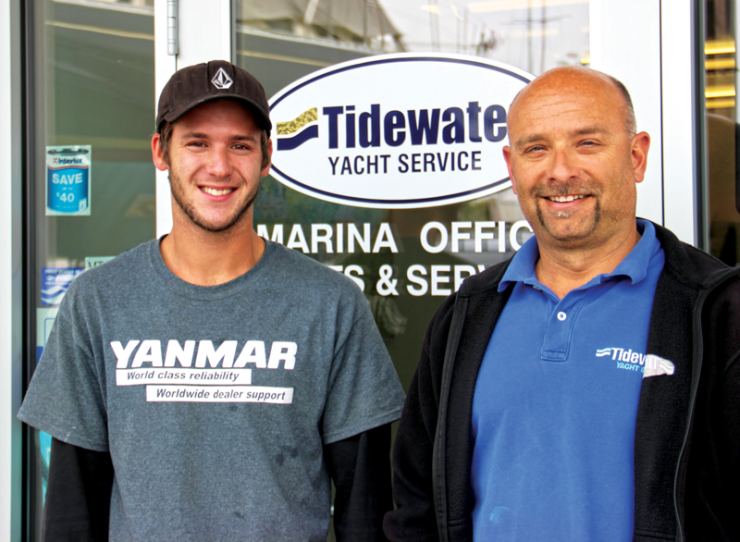 The Marine Trades Association of Maryland started a six-week internship program in the summer of 2014, with funding from EARN Maryland, in the hopes of creating a sustainable workforce for the marine trades industry. This project has been a huge collaboration between marine businesses across the state, with the goal of placing young people into jobs on or near the water, and effectively starting a life-long career in the industry.

David was an ideal candidate for the program, even though he was slightly older than the 18-24 age range, because he already had experience working with engines and he was not about to go to college. He was ready to start a career in the marine industry, and one thing this program really strives for is to jumpstart careers and let young people know that there are other viable routes besides college. Howell began interning at Tidewater Yacht Service Center in Baltimore this past summer and was hired on full-time within six weeks of his internship’s completion. Some of his new work experiences include working on commercial diesel engines, electrical work, winterization, and fiberglassing. During his first week, David was placed with an experienced fabricator to shadow, and after another week, he was able to complete some of the fiberglass work completely unsupervised. But if he ever had a question, his supervisor could always be approached for questions, says Howell. 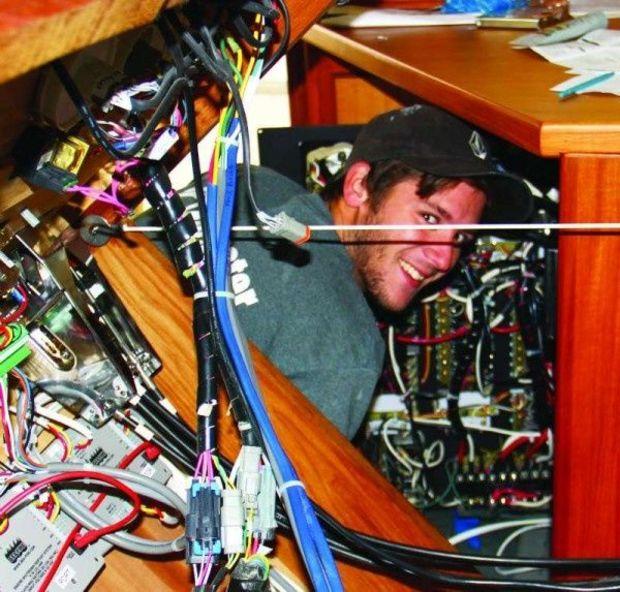 “Always ask dumb questions. I would rather ask a dumb question and get an answer than try to figure it out on my own and mess up.” For David, this was key; the fact that he was trusted to work unsupervised, but that he could always approach a supervisor for help. And what does supervisor Mike Bonicker think about Howell? “His biggest strength is his initiative.” Both David and Mike described a scenario known as “grab a broom,” meaning that an employee should never stand around with nothing to do. If all else fails, grab a broom and start to sweep. Bonicker was impressed with David’s constant willingness to learn and the fact that he was always keeping busy, even when he was not given a specific assignment.

All in all, the first year of this collaboration was a huge success and David is elated to have been a part of it. He fully intends to make a career in the marine industry, and if not for MTAM, he would not have known that this was even an option. MTAM is now taking applications for the 2016 program. In the second year, the goal is to double the amount of interns placed in participating businesses. They hope to begin matching applicants with viable companies by March 1, so send in your applications now! According to Susan Zellers, executive director of MTAM, there is “no shortage of partners, but a shortage of Davids.” Apply now at mtam.org