Point Lookout Lighthouse, located in St. Mary’s County, MD, marks the entrance to the Potomac River at the southernmost tip of Maryland’s western shore. A beacon was first considered for the spot in 1825 when Congress appropriated $1800 for the project and the land-holder at the time was paid $1150 for the property. Maryland lighthouse builder John Donahoo, who built several lighthouses in the Chesapeake, was awarded the contract. 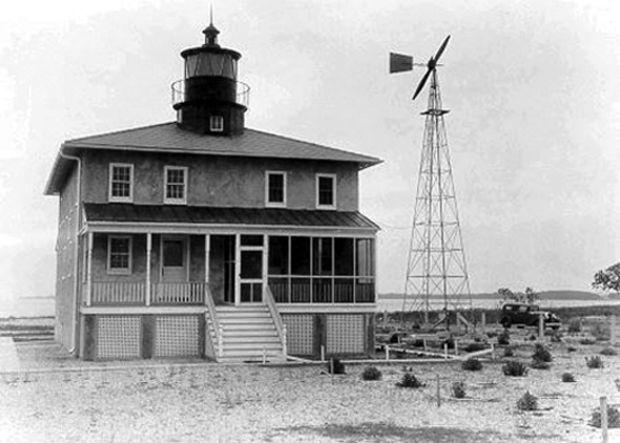 The original land-holder, Jenifer Taylor, had offered to sell his land at a lower price under the condition that he would be appointed the first keeper. But the role was instead given to James Davis, and Point Lookout was first lit on September 30, 1830. Only two months into his duty, Davis died, and his daughter, Ann Davis, took over as keeper. For 17 years, she proved a capable stewardess of the light until her death in 1847.

She was succeeded by William Wood, who proved to be a less-capable keeper. Among his indiscretions were contaminating almost 60 gallons of valuable lamp fuel after a cat fell into the barrel. A second female keeper, Pamelia Edwards, served for 14 years (1855-1869), four of which were during the American Civil War.

Before the outbreak of the Civil War, the lighthouse received several upgrades, including a paint job, a new fence around the structure, and a fourth-order Fresnel lens which was placed in the lantern room in 1857. The Civil War, beginning in 1861, would leave a lasting and painful mark on the region. In 1862, the U.S. government leased a portion of land on the point to build Hammond General Hospital for wounded Union soldiers. 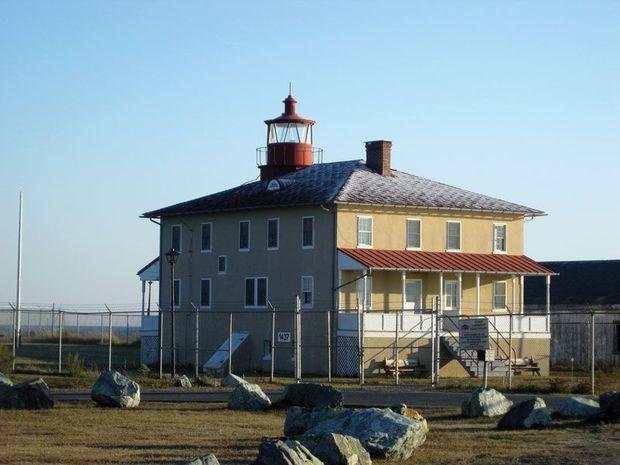 By 1863, 4000 Confederate prisoners, primarily residents of southern Maryland, began to be imprisoned at the hospital. A year later, the number of prisoners had risen to more than 20,000. Union forces began constructing forts and prison camps on the point, though max capacity was only 10,000 and conditions were brutal. The well water was unsafe to drink, living quarters were filthy and overcrowded, and during the winter, many perished from exposure. It is estimated that nearly 4000 Confederate soldiers died at Point Lookout and were buried near the lighthouse grounds. Because of this gruesome history, Point Lookout is considered one of the most haunted lighthouses in America.

After the war, more upgrades were made to the lighthouse station: a fog bell tower was built in 1872, an extra story was added to the keeper’s dwelling, and in 1888 another bell tower was erected on the site. That tower can now be found on the grounds of the Chesapeake Bay Maritime Museum in St. Michaels, MD.

In 1939, the station was transferred to the Coast Guard, though civilian keepers continued to watch over the lighthouse for several years. In 1965, the station was turned over to the U.S. Navy and Point Lookout Lighthouse was replaced by an offshore steel tower. The lighthouse was turned over to the State of Maryland in 2006 and Laura Berg, who lived briefly at the station during the 1980s, co-founded the Point Lookout Lighthouse Preservation Society in order to restore the property to its 1927 state.

Point Lookout Light is currently undergoing restoration with work expected to be completed by summer of 2020. Stay tuned for updates as to when public tours will resume. Click to pllps.org for more information.