Even though the official start of fall is still a month away (September 22), it's not too early to start thinking about fall fishing tournaments on the Chesapeake Bay. 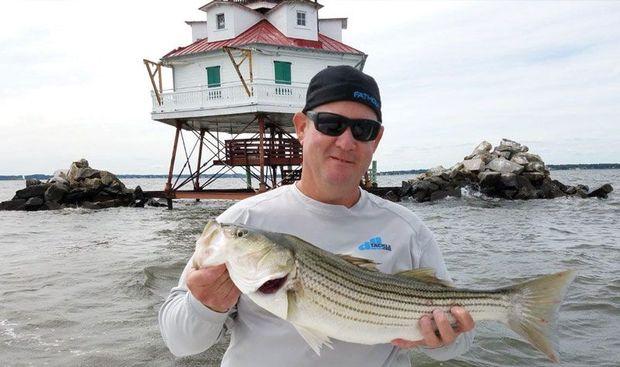 Presented by the Ocean City Marlin Club; open to non-members and members get free entry. Pick two of three days to fish - must have fish to the scales between 5:30 and 7:30 p.m. at Sunset Marina.

Rescheduled from earlier in the summer. Scales open at 4 p.m. Friday through Sunday at the Talbot Street Pier in Ocean City, MD. Vendors open every day in the Big Fish Village at 3 p.m. Kick off party Thursday September 7 from 4-8 p.m. at M.R. Ducks. Awards banquet Sunday, September 10, 8:30 p.m. at The Angler.

Captains meeting September 6 at 6:30 p.m. at Brewer's Landing in Essex, MD. Must check-in by 3 p.m. at Weaver's Marine in Essex the day of the tournament. Presented by the Back River Restoration Committee and all proceeds go directly towards cleaning up Back River and the Bay.

Catch and release tournament in Crisfield, MD. Anglers will photograph their fish with a CCA measuring stick. Powerboat, kayak, and youth divisions.

Presented by the Coastal Conservation Association of MD. Stay tuned for details.

Ocean City's only 24-hour rockfish tournament. Prizes awarded for heaviest rockfish, flounder, trout, tautog, and an open category. Concludes with the awards banquet around an Eastern Shore bonfire and pig roast on the beach at Fish Tales.

Fish For a Cure: November 4

Leave from any inlet in Virginia. Weigh-In at Rudee Inlet at the Virginia Beach Fishing Center, or King's Creek Marina in Cape Charles. Lines in at 8 a.m., lines out at 2 p.m. Make sure to consult fishing regulations by season at eregulations.com/maryland/fishing.
Chesapeake Bay Fishing
Chesapeake Bay News