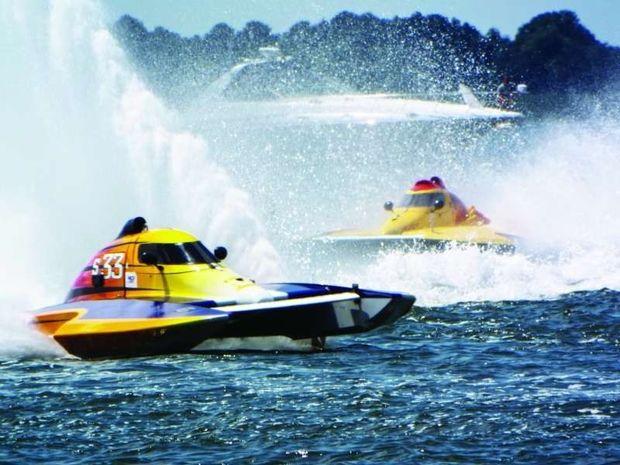 A History, a Legacy, and a Tradition of Racing Cambridge Classic is celebrating its 106th running over the weekend of Memorial Day. The weekend is a departure from its usual date later in the summer, but the move is only a sign of a bigger and better event to come. And when you’ve been operating for the last 105 years, you realize that change is a necessary component for thriving. “Alfred DuPont was the originator of this whole thing,” says Allen Nelson, one of the race organizers and unofficial historian of the event. During the summer of 1909, DuPont was anchored off Cambridge on the Choptank River onboard his 160-foot steam yacht, the Alicia. Lou Bartlett, Jr., a local with a “one lunger” (a skiff with a three-hp, single-cylinder engine), was out on the river racing a friend. Barrett was only 12 years old at the time, but he gave the gunpowder heir an idea, and within three days he had several locals gathered together on the river to take part in what is believed to be the first organized boat race on the Choptank. DuPont was attracted to the idea of formalized racing on the river, and for the next two years he worked to found the Cambridge Yacht Club with the idea of hosting a powerboat race. Lou Barrett’s family built a 30-foot long boat named Evelyn M and powered her with a 150-hp, six cylinder engine, and quickly challenged the Fairbanks Engine Co. and Bethlehem Steel Co. to a head-to-head race against them. The winner was a newly designed “plane-bottom” boat, the 20-foot long Emerson two-cycle, six-cylinder Sand Burr owned by the White brothers, which established a new world record of 45 miles per hour. “They raced larger boats in the early days,” says Nelson. “For the most part, there were runabout hulls and one-step design hulls that were really the evolution of today’s hydroplanes, with six-cylinder motors in them, running in the 40-mph range.” The boats were getting more and more sophisticated, and the racers were making names for themselves. 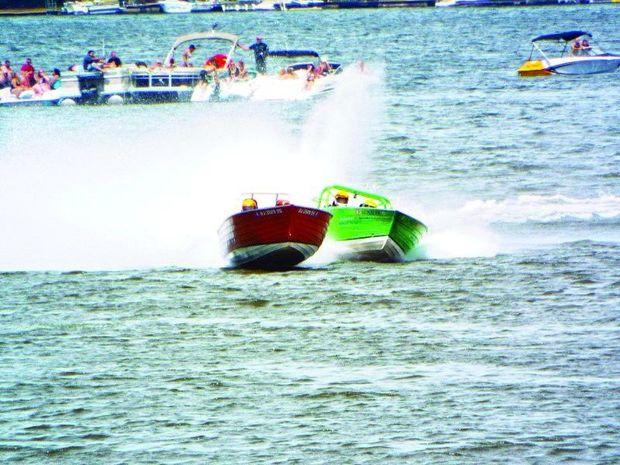 Among the competitors over the years, Dorchester County residents developed a reputation for home-built boats, and home-grown champions. Earl Orem, Jr., built his 225-cylinder hydroplane on the second floor of his father’s publishing house in 1938. That same year, he was one of only seven drivers invited to the President’s Cup in Washington, DC. In 1940, Polly Wright established a new world kilo record in the 91 cylinder hydro class. In 1946, her husband, Bill Glazier, built a new Class B Racing Runabout for Barrett, and that boat would carry him into the Gulf Marine Racing Hall of Fame in 1950. Barrett won 13 of 14 heats in 1947, and broke the world record three times. Barrett’s racing career was cut short in 1949, when he was in an accident, but the sons and daughters of Dorchester County were far from finished winning medals and getting into the Hall of Fame. “The tradition here in Dorchester is something we’re very proud of,” says Nelson. “We’ve got nine members in the sports hall of fame now. No other city in the world has that many people in the hall of fame. In addition, we have some of the top engine and boat builders coming out of the area. The tradition, the legacy that’s here… it’s phenomenal.” In the 20s and 30s, racing competitions quickly went from locals-only to the national stage, with boats coming from around the Mid Atlantic. At one point, there were 20 organized races scheduled on the Bay, with separate weekends for sailing, outboard, and inboard classes. Unlimited hydroplanes made their first appearance in Cambridge in 1948, and in 1956 the town saw over 500 stock outboards show up for the National Championships. In the early 1960s, the Cambridge Yacht Club stepped down as the organizer of the motorized races, choosing to focus solely on sailing regattas. The Cambridge Jaycees stepped in to take on the role as race organizer, setting the event at Great Marsh Park overlooking Hambrooks Bay. In 1975, the Cambridge Power Boat Regatta Association (CPBRA) was formed with the specific purpose to keep the racing tradition alive. 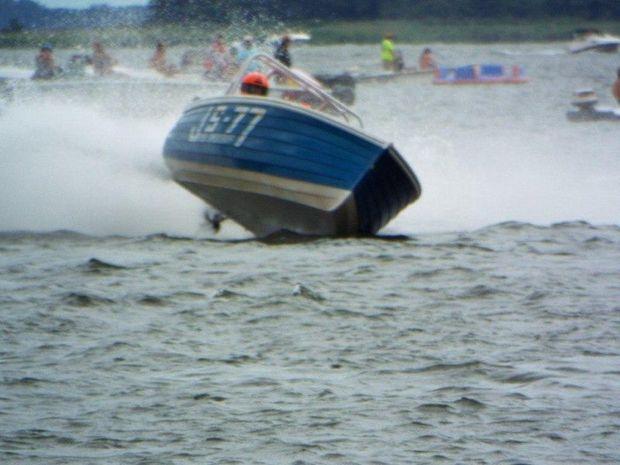 “The CPBRA looked at Hambrooks Bay as a place to race in that it gave them a more protected body of water,” Nelson explains. “In the early days, water wasn’t that big of a deal. But today, boat wakes are our worst enemy. Hambrooks Bay looked like a great place to build a course, and the park was great for a pit area. It was a marsh area with the spoils of Cambridge Creek, so there were dredge spoils all over the park. The CBPRA assisted the County, creating what is now the park area.” The breadth of boats and classes racing has also changed, from garage-built stock boats to high-dollar prize winners. “For the fully stocked motors, you can’t put high dollar parts on them,” says Nelson. “There’s a very specific list of things you can do to the motor, and the game becomes ‘who can follow the directions the best?’ When the modified engines come along, it’s all about creativity and wallet size.” But Nelson stresses that within powerboat racing, there is something for everyone. “You find owners, drivers, everyone comes from all walks of life, all disciplines. We have very affluent racers and very blue collar racers. We all love the sport and work well together.” That, perhaps, is the key to success in Dorchester County, and the reason why racing has not only persisted but thrived, even after 106 years. “Tommy Thompson said it best,” says Nelson. “He said, ‘In Cambridge, those who have won before us are very willing to share what it took to get where they are. They share the secrets. If you pay attention, we’ll help you along.” The Cambridge Classic rolls into Great Marsh Park over Memorial Day Weekend, with racing happening on Hambrooks Bay. Visit cpbra.com for full details.
Chesapeake Bay News
Powerboat Racing