A proposal by President Trump to allow the sale of E15 (15 percent ethanol) gasoline year-round has set off alarm bells at the nation’s largest boating advocacy group, Boat Owners Association of The United States (BoatUS). 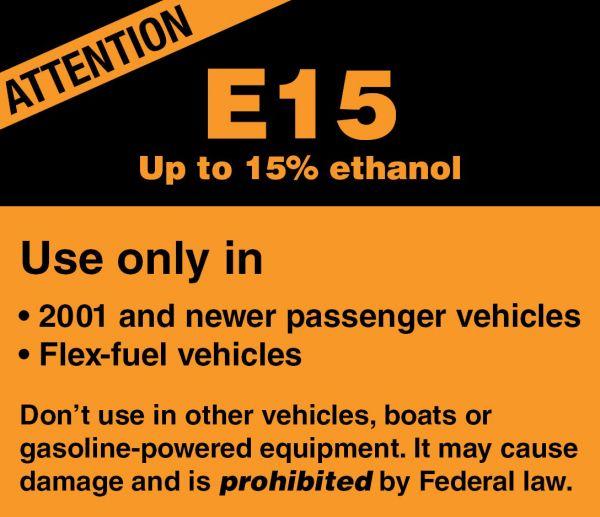 E15 is prohibited by federal law for use in recreational boat engines, voids many marine engine warranties, and is currently banned for sale by the Environmental Protection Agency during summer months over concerns that it contributes to smog on hot days. Under the President’s April 12 proposal, however, a waiver to the Clean Air Act would permit the sale of E15 in the summertime at the same roadside gas stations where most recreational boaters refuel their trailered vessels.

“We are very disappointed,” said BoatUS Manager of Government Affairs David Kennedy. “The proposal to sell E15 during the boating season is a recipe for misfueling in the highest order and a giveaway to the big ethanol and corporate farming interests at the expense of America’s middle-class boaters. The little E15 warning label currently required on gas station pumps does next to nothing to protect boaters’ engines, and if a waiver is granted, it would dramatically increase the chances of E15 getting into a boat’s gas tank.”

“With ethanol, boaters continue to pay the price with increased repair bills, lower fuel economy, and poor reliability. Instead of more ethanol, we need more effective misfueling-prevention measures that will educate and protect all consumers,” added Kennedy. A study by the National Renewable Energy Laboratory conclusively demonstrated that E15 damages boat engines, and 92 percent of readers of a prominent boating industry publication reported in 2017 that they have seen damage caused by ethanol. A 2016 Harris Poll found that 64 percent of consumers were not sure or did not pay attention to the type of gas they used.

Boaters have long suffered under the Renewable Fuel Standard’s (RFS) mandate to increase the volume of ethanol in the nation’s fuel supply. BoatUS is asking boaters for help on the issue by posting a message to their congressman’s or senator’s Facebook page urging for RFS reform. This can easily be done by clicking here.

Passed in 2005, RFS requires the blending of biofuels, such as corn-ethanol, into the nation’s gasoline supply. To keep up with this mandate, in 2010 the EPA permitted E15 (fuel containing up to 15 percent ethanol) into the marketplace, but only for some vehicle engines. The more than half-million-member boat owners group supports fuel choice, including smart biofuels development such as isobutanol, and the availability of ethanol-free fuels that are increasingly more difficult to find. “As more ethanol-blend fuels fill up the pumps, the fuel that most boaters want for safe operation is being pushed out of the market,” added Kennedy. BoatUS is a member of the Smarter Fuel Future coalition.