It's commissioning week at the United States Naval Academy and the U.S. Navy Blue Angels 2017 flight demonstration over Annapolis, MD did not disappoint! Every year, hundreds (if not thousands) of powerboats and sailboats congregate at the mouth of the Severn River to watch these six pilots maneuver their F/A-18 Hornets to perform stunnng acrobatics at mach speed. Due to heavy cloud cover and a low ceiling, the airshow was shortened due to lack of visibility. Fat Albert, the C-130 Hercules, reportedly did not fly due to maintenance issues. In 2015, Fat Albert was piloted by Kate Higgins, who became the first female Blue Angels pilot. Kate is a native of Severna Park, MD, as well as a graduate of the USNA and Georgetown University. Nevertheless, Annapolitans were pleased with the show and look forward to next year's annual iconic flyover. In case you missed the show, check out this video captured from the SpinSheet Protector! 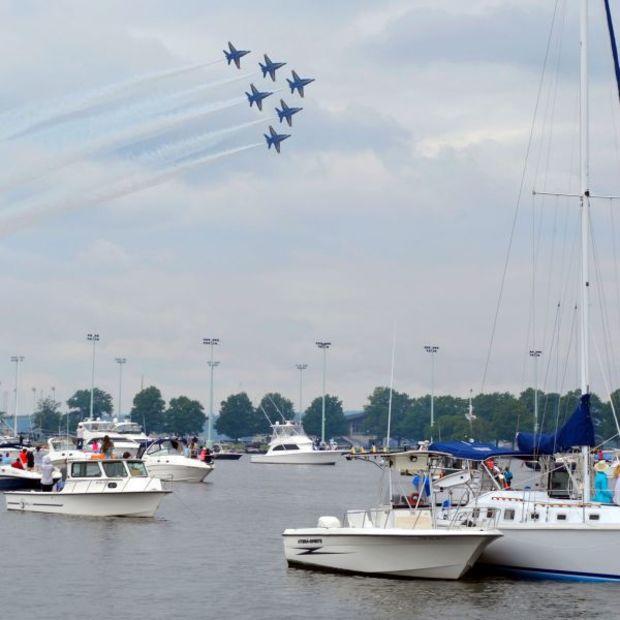