November 23, 1633: The Ark and the Dove set sail from England, with an estimated 150 Catholic and Protestant passengers seeking religious tolerance in the New World. They departed on the Feast Day of St. Clement and entered the Chesapeake Bay in March of 1634, landing on a 455-acre island in the Potomac River. The island was named for St. Clement, the patron Saint of mariners, and to this day remains the official birthplace of Maryland. 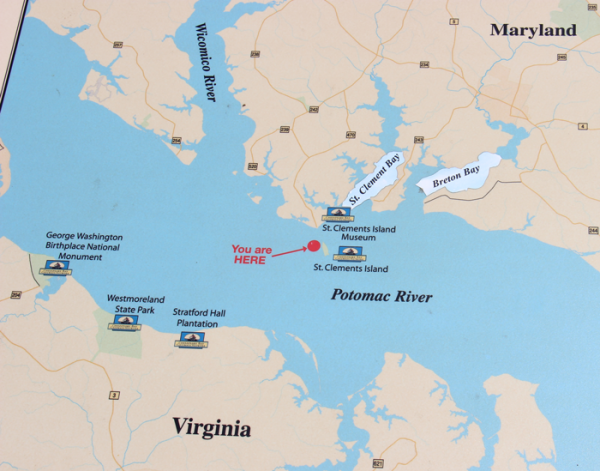 In August of 1848, the U.S. Congress appropriated $3500 to erect a lighthouse on the south end of St. Clement's Island. Two years later, the land was sold to Dr. Joseph L. McWilliams, who in turn sold two and 3/5 acres of ground for the lighthouse to be built. The contract was awarded to John Donahoo, famous for his Chesapeake Bay lighthouses, who eventually built 12 in Maryland and Virginia (seven of these still standing today).

Blackistone Lighthouse was completed and lit in November of 1851. During the Civil War, many lighthouses in the South became targets for the Confederate army and Blackistone was no exception. On May 19, 1864, Confederate soldiers raided the island and destroyed the lighthouse’s lens and lamp. The intention was to set the structure completely ablaze, but the soldiers were persuaded otherwise by the keeper’s pregnant wife, Mrs. Jerome McWilliams.

The McWilliams family continued to own the island and serve as the lighthouse’s keepers in the quieter years following the Civil War. In 1875, Dr. McWilliams turned the job of keeper over to his daughter, Josephine McWilliams Freeman, who was only one of 29 women commissioned as lighthouse keepers in the country’s history. She maintained her post for 37 years.

In 1932, the lighthouse was officially decommissioned. By that time, the island’s size had shrunk to nearly 60 acres. Then, on the night of July 16,1956, Blackistone Light was consumed by fire and completely destroyed. 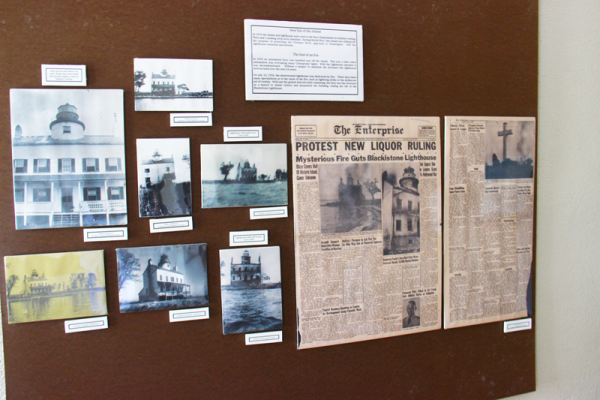 Luckily, that was not the end of the story. In 2008, an almost exact replica of the lighthouse was built thanks to the hard work of hundreds of volunteers and one woman’s dream that a lighthouse would once again stand watch over the shores of St. Clement’s Island. That woman was Josephine Mattingly, granddaughter of Blackistone Light’s sole female keeper.

Josephine Mattingly joined the St. Clement’s Hundred, a volunteer organization dedicated to preserving the island, and upon her death in 1998, willed $5000 to the organization and expressed her great hope of seeing Blackistone Light rebuilt. It seemed that everyone but Josephine believed this feat to be impossible. But over the years, the State of Maryland, the St. Clement’s Hundred, and the St. Mary’s County Commisioners (along with Josephine’s initial donation) raised $800,000, and in 2008, the replica Blackistone Lighthouse was completed using John Donahoo’s original plans. 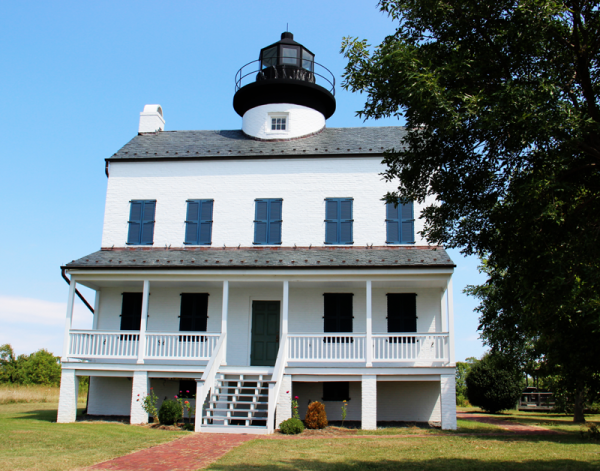 To this day, the St. Clement’s Hundred works tirelessly to preserve the island and Blackistone Lighthouse for future generations to enjoy. Each year the group also assists in the annual Blessing of the Fleet Ceremony.