Ask the Expert: Fire on Your Boat

How big a threat is a boat fire, and what kind of fire-protection equipment do you really need onboard your boat? We asked John McDevitt, a Coast Guard-licensed captain and chairman of the National Fire Protection Association’s 302 Committee on Fire Protection Standard for Pleasure and Commercial Motor Craft. 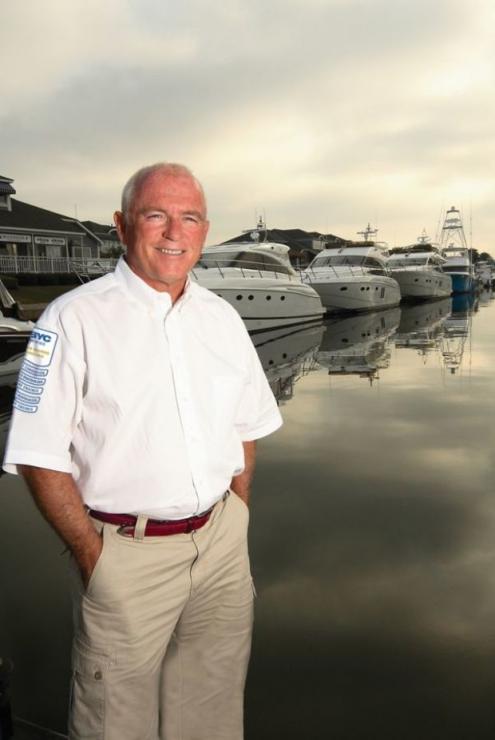 Q. You hear a lot about how dangerous an onboard fire is on a recreational boat, but Coast Guard statistics don’t show it as a major cause of injury or death on the water. How big a threat is a boat fire?

A fire on board a boat is dangerous for three reasons: First, most pleasure-boats are made of fiberglass and wood, which are very combustible. Electricity is a major cause of boat fires, and there’s always a risk that a fuel tank can explode. When a fire breaks out, it typically spreads rapidly, and you don’t always spot it until it’s well underway. Second, particularly in larger boats, escaping from a burning cabin or compartment often is difficult. The main exit door may be blocked, and portholes or hatches usually are too small for people to wriggle through. Finally, if you’re in open water, the only place to go once you’re on deck is to jump overboard, which itself poses risks. The Coast Guard accident statistics don’t illustrate the worst of the danger because they count only the fires, damage, personal injuries, and deaths that occur from onboard fires on boats that are in open water. They typically don’t include fires on vessels tied up at a marina, which are far more frequent and usually are far worse. If a boat catches fire in a slip, the blaze can spread quickly through the entire marina. The piers and wharves are made of wood; and there are dozens—possibly hundreds—of boats docked side by side around them. It could take only a few minutes to create an inferno.

Q. What about fire extinguishers? For years, the Coast Guard has published a list showing the number and types of fire extinguishers you should install on various sizes of boats—say, two Class B extinguishers (for fuel fires) on a 40-foot boat. Does that seem like enough to you?

Absolutely not. The federal requirements for fire extinguishers onboard pleasure boats have been inadequate for years. The Coast Guard updated them last year for inspected (commercial) vessels, but the requirements for recreational boats remain essentially unchanged. The old ones required that a 40-foot recreational boat carry a minimum of two Class B extinguishers, intended primarily for fuel fires. The new regulations contain the same requirement, but have renamed the rating Class 5-B. In my view, boaters who want more realistic coverage should follow the standard set by the National Fire Protection Association (NFPA), which calls for equipping a 40-foot boat with Class ABC fire extinguishers, designed not only for liquid fuel fires (Class B), but for wood, paper, and plastics (Class A) and electrical fires (Class C). Under NFPA’s standard, that same 40-foot boat would carry four Class ABC extinguishers. You can see the NFPA standard for recreational boats at nfpa.org.

Q. Anything else we need to know about fire extinguishers?

Yes, and this is important: Fire extinguishers come in two types: rechargeable and non-rechargeable. Those that can’t be recharged—the kind most frequently carried on recreational boats—are only good for 12 years from the date they were manufactured (which you can find on the bottom of the cylinder or on the extinguisher’s label). If you have a rechargeable extinguisher, there’s no specified expiration date, but you have to maintain it regularly and you must have it inspected every year by a certified inspector. If you don’t do these things, you aren’t meeting Coast Guard requirements. 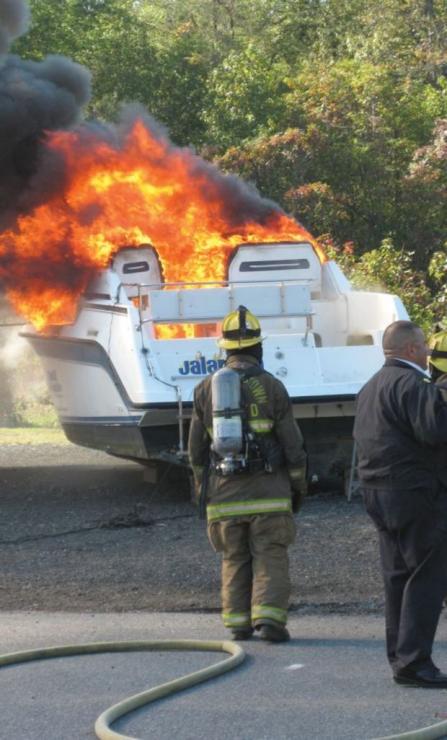 Q. What else should boaters do to equip their vessels to help cope with fires?

One thing that most boaters don’t consider is that they ought to install smoke-alarms on their boats. That may surprise some people, but when you think about it, you probably have them installed all over your house. Why not your boat? One of the most important factors in dealing with fires anywhere is detecting them early. There are no marine-rated smoke alarms being produced, and ABYC, for one, has declined to require any. In practical terms, however, it’s far better to install an ordinary household-type smoke alarm on your boat than not to have any at all. You can buy them at any hardware store, and many have wireless interconnects that will enable you to hear an alarm up on the fly-bridge when the fire is in the engine compartment. Install smoke alarms in the dry spaces of your boat and take good care of it. Replace the batteries at the start of the boating season, and replace the smoke-detector every seven to 10 years. Interview by Captain Art Pine