Chesapeake Bay Racer, Designer, and Boat Builder Henry Lauterbach was perhaps the top boat racer in and around the Chesapeake Bay during his 54 years in the sport. A native of Virginia, he was the national champion race boat driver in three separate hydroplane classes in 1956. He built more than 100 race boats and 100 more with his son.

The 1957 wood hydroplane in the photo shown here, Unlimited Hydroplane U-36, a 165-mile-per-hour racer, was built by Lauterbach with some design help from Bob Rowland. She’s powered by a 1500-hp, supercharged 1943 Allison airplane engine using a Dan Arena gearbox with a 2.75 step-up ratio to a 12-inch by 21-inch two-blade prop. U-36 is fully restored and still runs today at selected Vintage Race Circuit events. 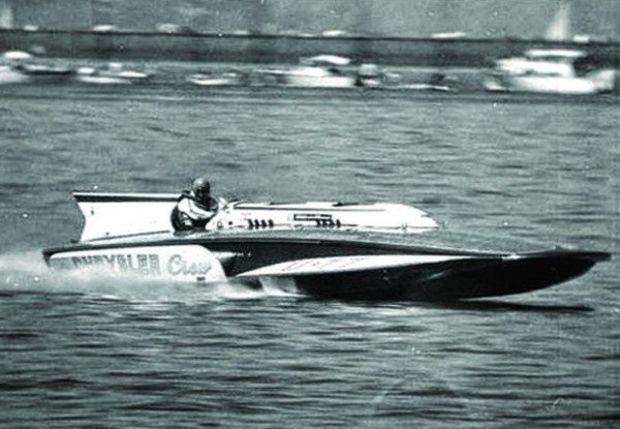 Also, in the Unlimited hydroplane class, a Lauterbach boat won the 1967 UIM World Championship Race in Detroit with automotive-based power. The boat used two 426-cubic-inch Chrysler Hemi engines. She is 29’2” by 11’10”, weighs around 6000 pounds, and was repowered after Chrysler dropped its sponsorship. 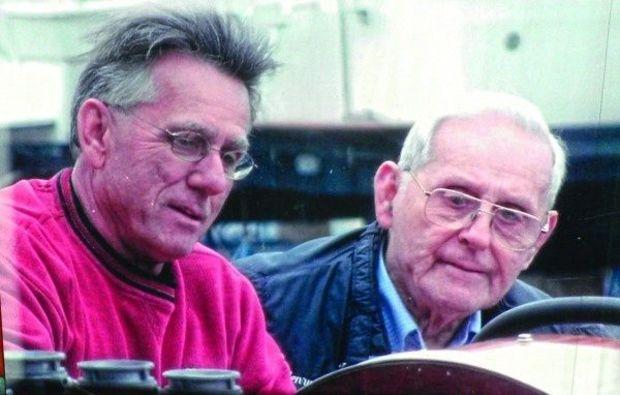 One of the most successful Chrysler Hemi-powered racing hydroplanes for Lauterbach was Miss Crazy Thing. Her 426-cubic-inch supercharged Chrysler was tuned to develop 1200 hp. This boat was a most successful racer. She was High Point Champion in 1964 and 1965 and also the National Champion in 1965 and 1966. She set a world Kilo record of 151.403 miles per hour plus an around-a-race-course record of 93.072 miles per hour. Lauterbach designed and built her 22 feet length-over-all by 10-foot wide, all-wood hull in Virginia.

Henry certainly was successful with prop-riding, three-point hydroplanes, race boats that skim the surface of the water, more in the air than in the water for the best speed. As his son, Larry Lauterbach, started to demonstrate his skills as a top-notch racing hydroplane driver, Henry backed away from the driving aspect and was more involved with the design-build phrase of inboard hydroplane racing. Larry had the benefit of being in his dad’s shop when many of those 200-plus boats were built. Over time, he did more and more in the shop and now builds and restores hydroplanes along Maryland’s Eastern Shore in and around Chester, MD. Larry’s workmanship is at the very top in the nation. (Find him on Facebook at Lauterbach Custom Boats or on his website) Henry Lauterbach did a lot within Virginia for the sport of Hydroplane racing, and it’s good to remember his legacy that now carries on through his son when the Inboard Regionals and the Thunder on the Narrows race again at Kent Island on June 27- 28. Stop by the races and say hi to Larry.